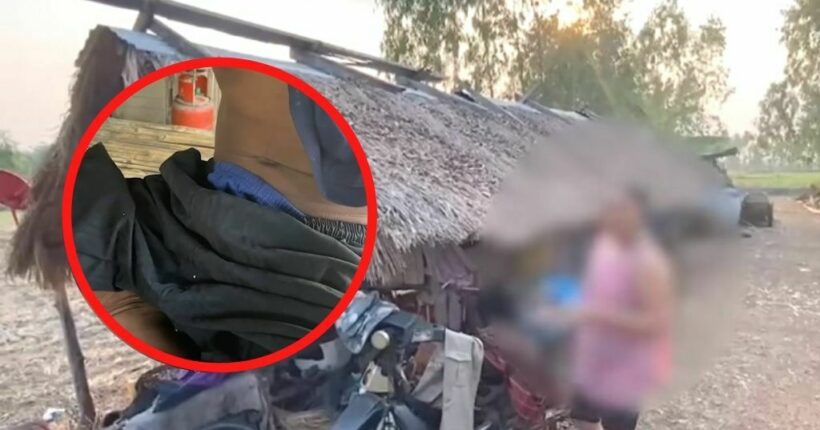 A woman allegedly stabbed her husband’s penis with a harpoon after a heated argument. Thai media reports that the woman stabbed him in his genitals and twisted the spear, just like “catching a fish.” The man drove a motorbike to his mother’s house and went to the hospital the next day where he got more than 17 stitches.

Thai reporters interviewed the husband and wife in the northeastern province Buriram. The 45 year old husband was staying at his mother’s house, saying he was scared that his wife would hurt him again. The 43 year old wife told reporters that she was still angry and that her husband would pick a fight while he was drunk. She reportedly claimed that the husband strangled her neck first, and then she grabbed a harpoon. Neighbours also told reporters that the couple would often get into fights.

Guevara
9 hours ago, Marble-eye said: Oh what a nice day for stabbing your old man's todger with a harpoon and saying 'how's that for a jellied eel'. Could have been worse (slightly). She could have performed a bilateral orchidectomy with…
Guevara
1 hour ago, Chatogaster said: I like your hyperbole even though allegedly usually precedes something that's allegedly illegal. Just the odd allegation or then 555

AdvocatusDiaboli
6 minutes ago, PapayaBokBok said: Is she single???..line id? Your out of luck …. Lorena Gallo, has a partner. Sorry no line id ……
CharlesLindbergh
Looks like she got her Moby Dick