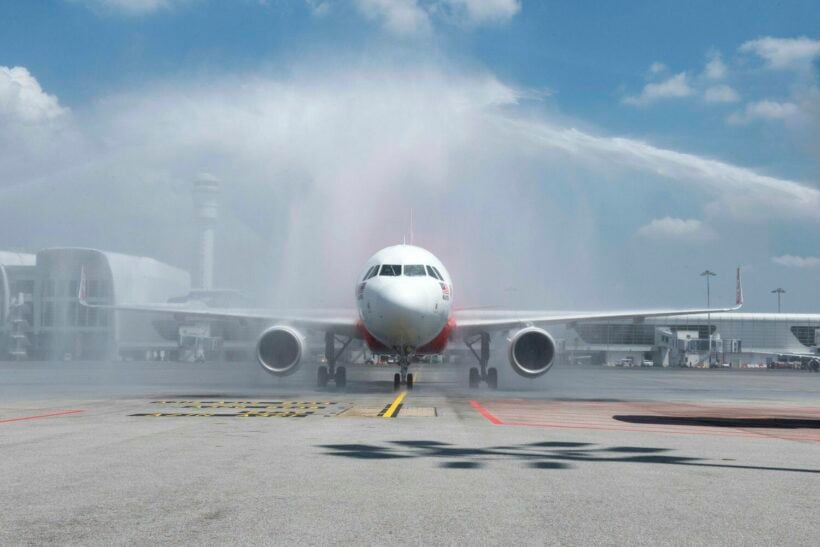 AirAsia celebrates the opening of Malaysia's borders on April 1, after two years of downtime due to the pandemic. Credit: AirAsia

As countries throughout the Asia-Pacific region ease their pandemic-era travel restrictions and reopen their borders, Thailand aims to take advantage of the resumed international flights. By the end of the year, Thailand hopes to attract some 1.75 million international tourists via short-haul flights, with more than a million coming from Southeast Asian counties alone.

To reach their international tourism target, the Tourism Authority of Thailand is collaborating with budget airline Thai AirAsia to bring in a minimum of 18,000 tour packages within the next few months, according to the Bangkok Post. From April to July, the TAT is teaming up with the airline to increase international visitors by running partner campaigns in various countries to attract more foreign tourists with at least 18,000 international tour packages. According to TAA chief executive, Santisuk Klongchaiya…

“We have overcome the rock bottom of the pandemic and are prepared to take off from the second quarter onwards.”

Meanwhile, Thailand’s AirAsia target for 2022 is 12 million passengers, with international tourists accounting for 30%. For the upcoming Songkran festival, the airline expects flights to be operating at 90% capacity on routes to major locations like Chiang Mai, Hat Yai, Phuket and Krabi, while flights to other provinces may exceed 80% capacity.

Jimbo111
They must know why people are not coming ,everyone knows .
Ramanathan.P
1 hour ago, Fanta said: And any subsequent rise in Covid infections and deaths will be met with feigned horror and disguised delight by the Opposition who will lay the blame solely on the government’s decision to relax restrictions while…
Fanta
1 hour ago, Fanta said: The government will have to bite the bullet on this one day but until they declare the pandemic endemic it isn’t going to happen. Did you choose to ignore this?
DJM
1 hour ago, Ramanathan.P said: No need to plan or think....just scrap the "Test & Go" program totally. Instantly tourists will flock in to the country from all over the world.... And please no more tests upon arrival. That is…

PapayaBokBok
6 hours ago, Jimbo111 said: They must know why people are not coming ,everyone knows . Saving Face above ALL!!!!!!!!! How dare we admit failure!!!!!