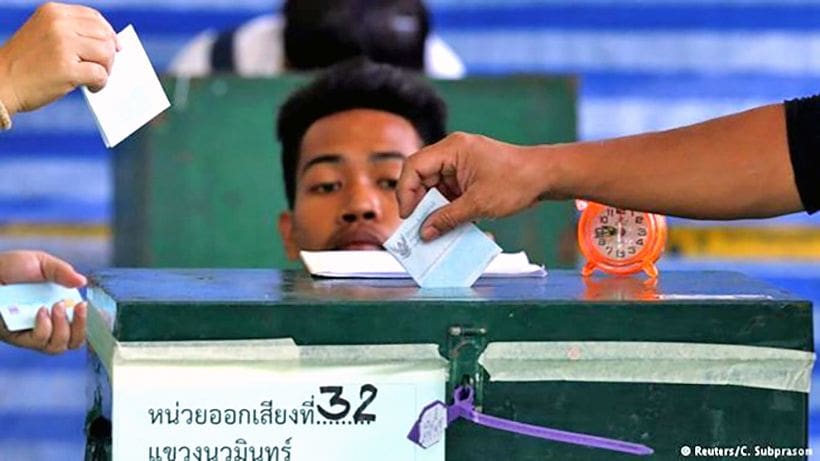 The Election Commission secretary-general Jarungvith Phumma is refusing to confirm that the next election will be held on February 24, fuelling speculation of a possible delay.

He said February 24 was the earliest date the agency would be ready to hold the general election, citing a conclusion of an Commission meeting held many months ago in Pattaya.

“The election commissioners, however, have not scheduled February 24 as the election date,” he said.

Jarungvith added that according to its order, the ruling NCPO is also empowered to “work with” the EC in scheduling the election date.

The official noted that after the law on the election of members of Parliament takes effect on December 11, the national vote will be held within the next 150 days but not later than May 9 in accordance with the legislation.

Jarungvith’s remark caused politicians to conclude yesterday that the election will not be held on February 24.

Paiboon Nititawan, leader of the pro-junta People Reform Party, said he was convinced the next election would not be held on February 24, as many political parties would not be ready by then. He added, however, that he saw no problem with that.

He noted that the law requires election candidates to be members of a party for at least 90 days to be eligible to run under its banner.

“Many people in the political circles who I talked to agreed that there would be no election on February 24. There are many factors that would cause the postponement,” Varawut said. However, he added that he believed the next election would be held within the legal limit of 150 days after the new law on MP elections takes effect.

“I can wait if the election will be postponed for a month or two. But it must be not later than 150 days. We have been waiting for four years already,” he said.

The young politician blamed the EC’s failure to designate constituencies early for the lack of preparedness of political parties. He said parties need to know which districts and areas are in which constituency so that they can field suitable candidates. Also, parties are required by law to select their candidates based on the results of primary voting among party members, he added.

Meanwhile, provincial officials of the EC have become worried that a delay in designating constituencies might cause the election to be postponed beyond February 24, according to a source familiar with the matter.

Pheu Thai politicians yesterday also called on the EC to complete the designation as soon as possible in order to prevent further delays in the election timing.

Meanwhile, Suthin Klangpha, a politician from the anti-junta Pheu Thai Party, said yesterday that he suspected the junta government was plotting to further delay the next election. He claimed that pro-junta political parties would seek postponement by arguing that they were not prepared for the election on February 24.