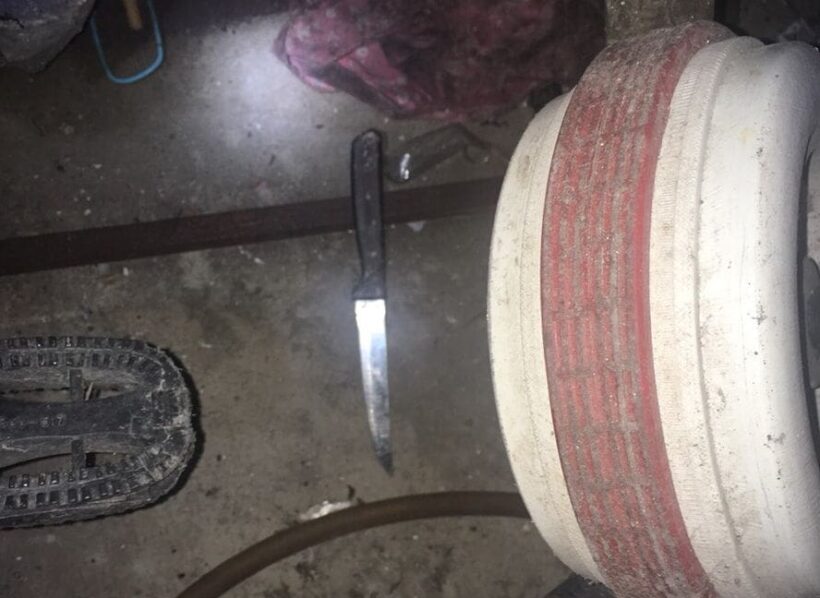 A Burmese man has stabbed another Myanmar national to death in Phuket Town last night.

The Phuket City Police were notified about the incident at a room in Soi Ton Poe in Phuket Town.

Police and rescue workers arrived to find the suspect, 56 year old Aung Htoo, a Burmese national, waiting for police. A 13 centimetre knife was also found at the scene

The body of 50 year old Thar Nge was found in the room. Four stab wounds were found on his body.  His body was taken to Vachira Phuket Hospital.

Aung Htoo told police he was sleeping in his room. He claims Thar Nge, his friend who was drunk at the time, came into his room with a knife. He claims that Aung Htoo headed straight for him and struck him. Aung Htoo says he wrestled the knife from Thar Nge and stabbed him to death.

Aung Htoo was taken to the Phuket City Police Station where he has been charged with murder.

Two survive after a six wheeler overturns near the Sarasin Bridge