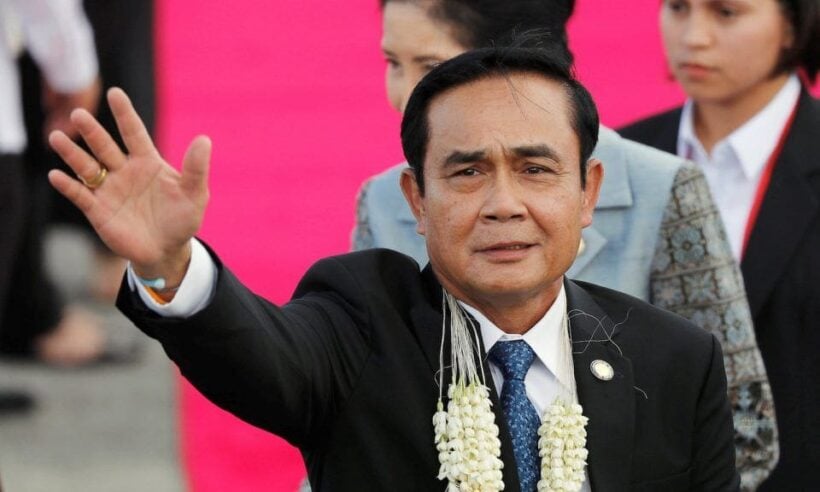 In the first real official hint he may be about to enter the political fray for next year’s Thai general election, the PM Prayut Chan-o-cha admits that the pro-military Palang Pracharat Party would be a choice if he is to jump into politics.

Normally shrugging off such questions, he was answering a reporter’s question and said aligning himself with the party is “under his consideration”.

“These are the people who have been working with me. If…and only if, I do decide which party to join these would be the people,” referring to key members of Palang Pracharat who are in his current Cabinet.

The PM says the party that he would join must be capable of driving the country forward. Palang Pracharat has already openly declared support for Gen Prayut to return as the Thai PM after the election.

But the PM added that he has not been officially approached yet.

Referring to the parties that have threatened to boycott a meeting with the NCPO and Election Commission scheduled this Friday, he said he could not force them to attend but reminded that they must stick to the rule “like a boxer who must get himself prepared and must study the rules before the fight; he just cannot refuse to accept the rule claiming that it has been changed.”