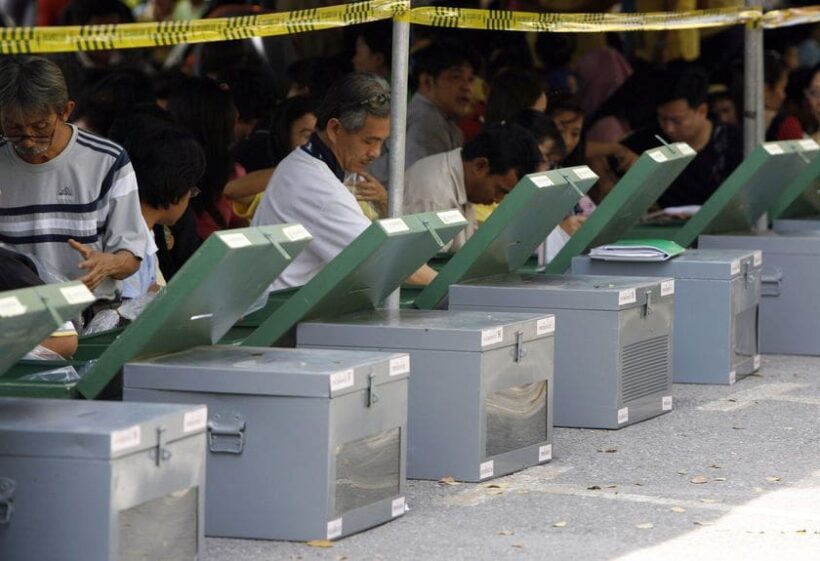 February 24, then March 10, then ‘sometime before May 7’, now March 24. The only thing we can be reasonably sure about is that it will be on a Sunday (Thai elections are always held on Sundays).

Yesterday, Deputy PM Wissanu Krea-ngam hinted that the election could now be held on March 24.

He painted March 24 as the “most suitable date” for the election as it would give political parties ample time to campaign and would not overlap with the university entrance examinations or Royal Coronation.

He said March 10, which had previously been proposed as a possible election date, wouldn’t allow political parties sufficient campaign time, while March 17 would overlap with the examinations. The annual examinations involve hundreds of thousands of students, many eligible voters.

A source at the EC says they want to be on the safe side by trying to have the election results endorsed and officially announced by May 9, the deadline under the Constitution.

Thai PM Prayut Chan-o-cha has already confirmed that the election will definitely be held by May 9 but stopped short of committing to a specific date. It was the first time any actual dates were uttered by him.

In the meantime, the EC still insists that it cannot possibly fix an election date until the royal decree on MPs election is published in the Royal Gazette.