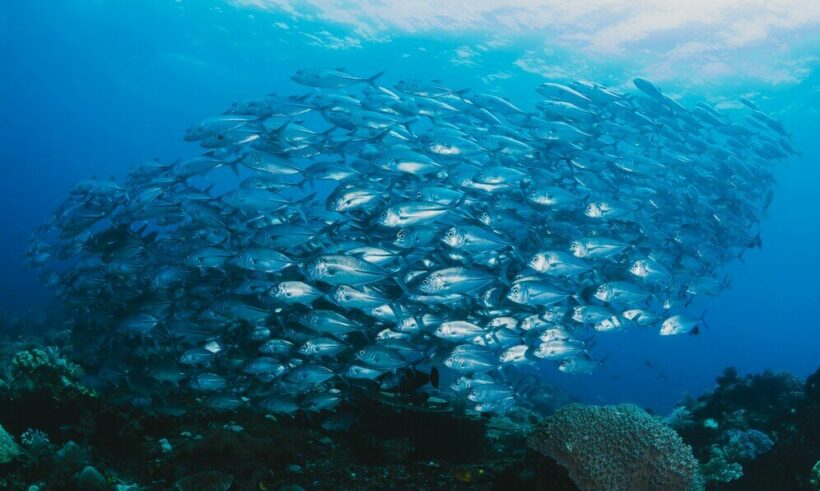 In a meeting yesterday, Phuket’s Vice Governor Pichet said the provincial government wants fishermen to develop stronger skills with tuna and tuna fishing practices. He said strict fishing laws have already lowered the number of tuna caught in the province. Another issue is that Thailand doesn’t have proper tuna fishing boats. VP Pichet said amendments to current laws on which vessels are used will be discussed.

VP Pichet said that before strict laws were imposed, Phuket tuna made billions of baht each year. The VP’s plan to get the tuna industry back up to speed is just one of several plans in an economic development scheme known as GEMMSST: Gastronomy, Education, Medical & Wellness, Marina Hub, Sports & Events, Smart City, and Tuna.

The scheme is meant to bolster the Phuket province’s economy so it will be less dependent on tourism. VP Pichet said all departments need to be included in the discussion on how to promote Phuket as a tuna centre (dare we say ‘hub’) in ASEAN.

“We want to solve the problem of fishermen who still do not know about tuna or other details, and practice skills, especially from those who have knowledge or expertise”.

A task force headed by local fisheries will be set up to train local fishermen in Tuna fishing methods that are consistent with current laws and guidelines.

Dedinbed
Fins ain't what they used to be then ..
HiuMak
On 3/4/2022 at 4:36 PM, Thaiger said: In a meeting yesterday, Phuket’s Vice Governor Pichet said the provincial government wants fishermen to develop stronger skills with tuna and tuna fishing practices. What is tuna spell backwards? Anut.. Says so much…
Artemis080
I'm seriously surprised it's not overfished in Phuket. I look out on an evening and there are a huge amount of boats.