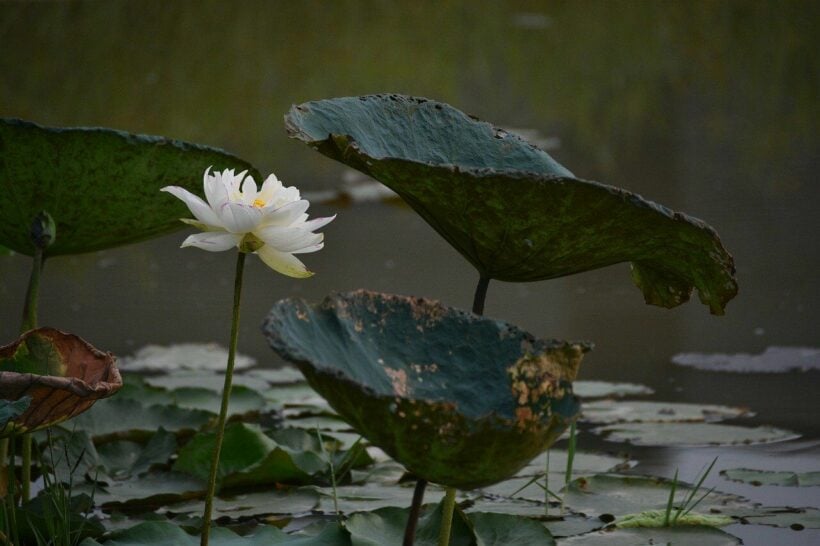 Photo by haphamcamera from Pixabay

A man’s body was found floating facedown in a lotus lagoon in Pattaya. Police are still investigating the cause of death, but say there were no signs of struggle. They suspect the man, later identified as 56 year old Narin Kongjaroen, died about 2 days before he was found.

“I was cleaning around the lagoon when I saw the body of Mr. Narin floating on the surface. I immediately called police and his wife for assistance.”

Narin’s wife, 69 year old Weang Ratloi, said that her husband “liked to drink alcohol heavily and go hiking alone in the woods and jungle near our home with several bottles of liquor.”

”Sometimes he went out for two days before coming back home on long drinking sessions which is why I didn’t see his multiple day absence as suspicious.”