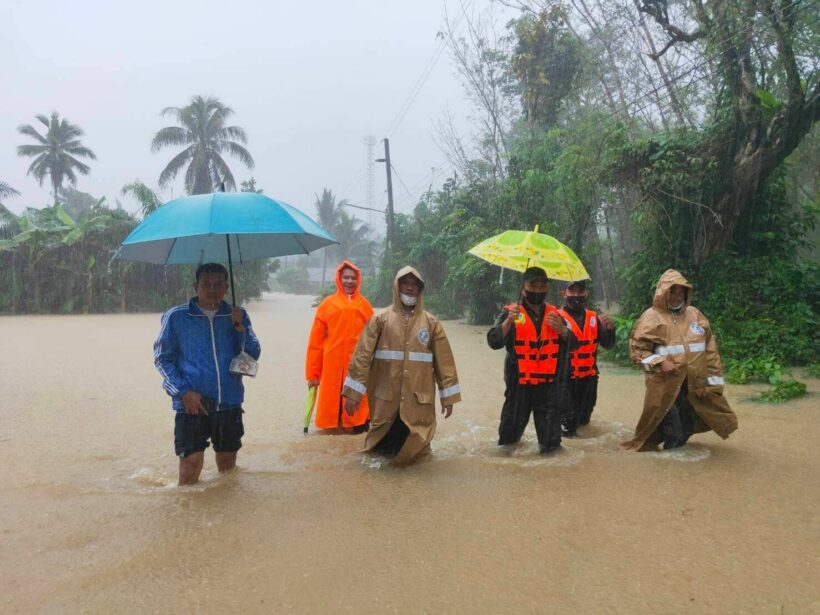 Flash flooding from heavy rainfall is expected over the weekend in eight provinces in Southern Thailand. The Department of Disaster Prevention and Mitigation has announced a flash flood warning from April 2 to 4 in Chumphon, Surat Thani, Nakhon Si Thammarat, Phatthalung, Songkhla, Pattani, Yala and Narathiwat.

The situation is likely to be severe in some areas and the department assures the public that strict incident response plans are in place. The department is asking people situated in these eight provinces to closely monitor the weather forecast, watch out for government announcements and warnings and strictly follow any instructions given.

A low-pressure cell covering the Southern coast of Vietnam will move over to Southern Thailand and Malaysia and is expected to cause heavy rain, heavy water runoff and flash flooding.

The department is coordinating with local administrative organisations to assign personnel, vehicles and rescue equipment to help people in risky areas. They are also working with local agencies, the military, the police and volunteer networks to ensure that immediate assistance can be provided to those affected by the extreme weather conditions. Incident response plans will be strictly followed, especially in areas that have a tendency to flood.

If you are in a dangerous situation due to the weather and need help, you can contact the department via the Line ID @1784DDPM or the ‘PhonPhai’ mobile application which has a 24-hour hotline ready to provide immediate assistance.