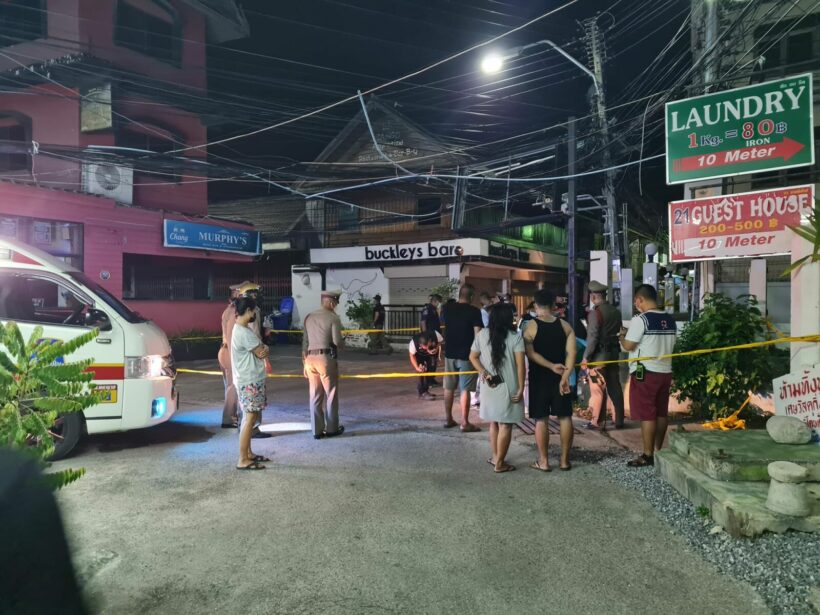 A motorcycle taxi driver in Hua Hin allegedly shot and killed another win driver after a fight over a foreign passenger, Thai media reports. The 62 year old win driver was shot to death in Hua Hin’s nightlife area in Soi Ha Yaek in the southern province of Prachuap Kiri Khan.

Officers from Hua Hin Police Station found the driver lying on the ground with two bullet wounds on his chest and shoulder. Police reviewed CCTV footage from bars and restaurants nearby and found videos showing two win drivers talking to each other before one fired a gun at the other. The gunman fired again after the victim collapsed on the ground and then fled the scene on a motorbike.

A team of 20 police officers when to the home of the suspected gunman on Soi Hua Na 11 and spent an hour persuading the suspect to surrender, Thai media reports. Officers searched his home and found a .38 pistol hidden under the bed.

The 48 year old suspect reportedly confessed to shooting the win driver, saying they had been fighting over a foreign passenger. The victim had driven the passenger to a coffee shop and planned to pick the foreigner up after, but the suspect says he came by the coffee shop before the victim arrived. The two later got into a heated argument, and the win driver allegedly shot the other for accusing him of stealing a passenger.