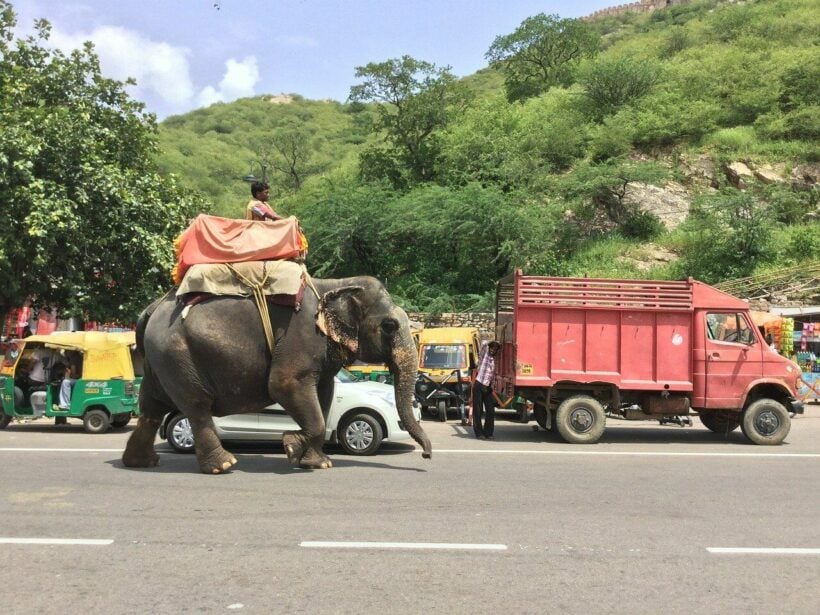 FILE PHOTO: The elephants walking from Pattaya to Surin have caught a ride.

The families and their 5 elephants that have been walking from Pattaya to Surin have now received some help, and are travelling by truck thanks to an anonymous donor. As previously reported, after more than a year of waiting for borders to reopen from the Covid-19 pandemic and tourism to begin to return, the families were forced to give up hope and begin their long 500 km journey back to their home town. They had begun the walk 5 days ago and had said that they could not afford trucks to transport the elephants. Now thanks to the Thai Elephant Alliance and an anonymous donor, 6 trucks have come to help move the elephants, plus another extra elephant in a similar situation, all the way across the country from Pattaya to Surin and Buriram.

The families had accepted donations of fruit, food and water for the walking elephants, but had refused many offers for cash donations for fear of the appearance that they were exploiting the elephants and the journey for their own financial gain. They had been working at an elephant resort in the Pattaya area for several years, making a decent living off salary and tips, mainly from Chinese tourists. But with tourism all-but-dead for over a year, their employers at the elephant resort could no longer afford to pay them and the family set off on the journey home.

The owners expressed heartfelt thanks to the Thai Elephant Alliance, commenting that the trucks will save them many weeks of walking across the whole of Thailand. When they arrive home to Surin, they will return to farming life where the elephants will live in wide-open natural spaces. The family said they considered the elephant’s part of their family, and many of the family members have grown up with the 5 elephants as a part of their lives. While they said that they would consider returning to Pattaya if tourism returns to its previous glory, they said they had no immediate plans and instead had just decided it was time for the family and the elephants alike to relax after all that walking.