789 new Covid-19 infections and 1 death were reported today by the CCSA. The death, a 68 year old Thai man from Nakhon Pathom, had died April 4 but was yesterday confirmed as dying from complications from Coronavirus. Only 8 infections were international arrivals, with 522 local infections and 259 diagnosed today through contact tracing.

The international infections were Thai and foreigners and included 3 arriving from Russia and 1 each from the US, UK, Oman, India, and Canada. 33 former patients are now fully recovered from the virus and discharged in the past 24 hours.

Earlier today 17 new infections were identified in Phuket and will go into tomorrow’s official national count. This brings the island’s total new infections this week to 43, almost all of them a result of an influx of Bangkok party-goers to events last weekend.

This new jump in Covid-19 brings the total infections in Thailand to 31,658 – c28,463 local cases and 3,195 internationally imported cases, 17,000+ of those cases were diagnosed from proactive testing. 28,161 have been released as ‘recovered’ with 2,645 people currently undergoing treatment and 97 total deaths.

Thailand is now 113th on the list of most cases globally, with the USA’s 31.8 million infections still more than the next 3 countries combined – Brazil with 13.37 million, India with 13.2 million, and France with 4.98 million. Russia rounds out the top 5 with 4.62 million infections. 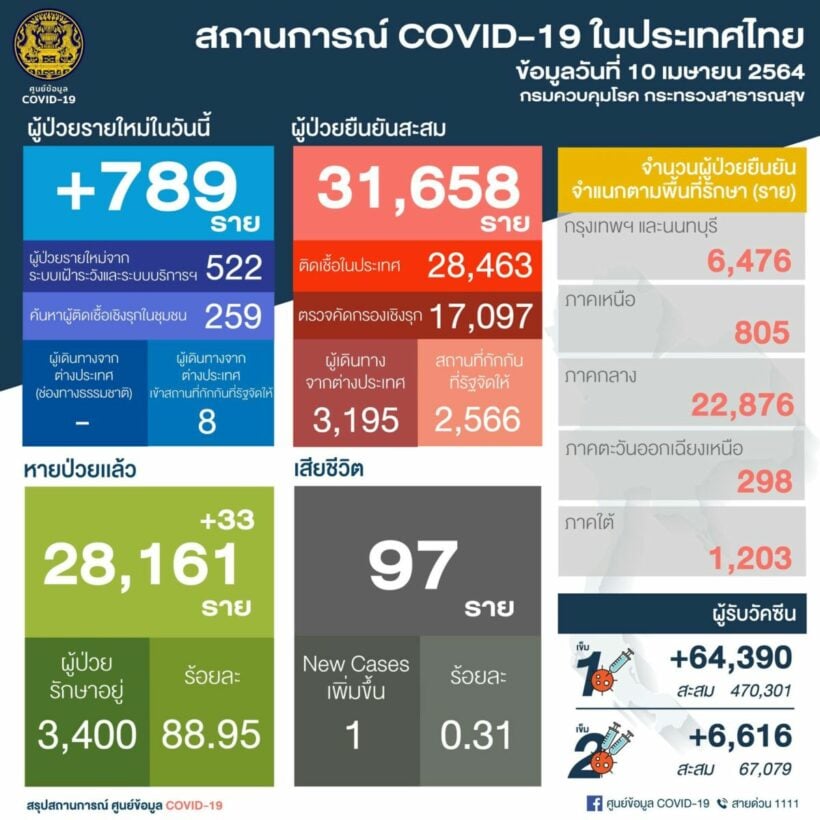