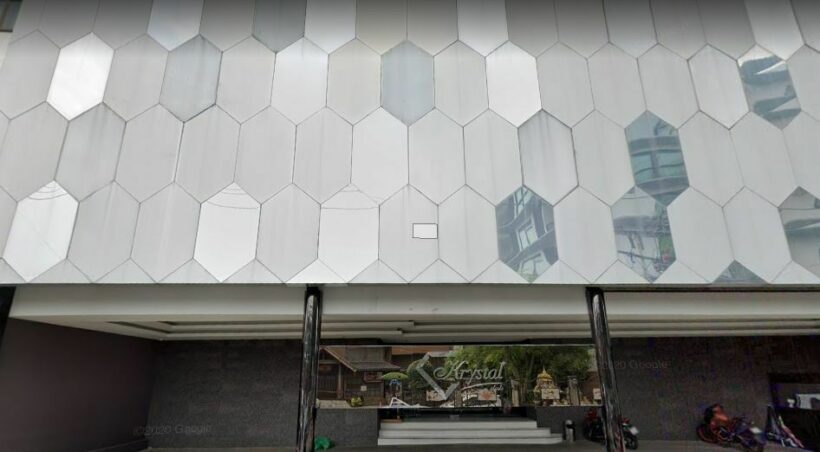 FILE PHOTO: Krystal Club Thonglor25 is one of many high-end clubs where Covid-19 spread

The current surge in Covid-19 infections now looks to be spread in large part by Thailand’s colourful nightlife, with more than 500 people contracting the more contagious UK variant (B117) of the Coronavirus. The government responded by closing all bars and entertainment venues in 41 provinces, but it may be too late to prevent a third wave of the pandemic. Many people now are critical, pointing to the first and second wave as harbingers of how the party nightlife can so easily transmit Covid-19.

At the beginning of the pandemic, partiers in Bangkok’s Thong Lor area began testing positive for Covid-19 last March. The Public Health Ministry instructed everyone to follow safety measures to prevent a big outbreak. The area is well known to be a hotspot for Bangkok’s wealthy elite and powerful with its multitude of high-end luxury clubs and bars. Although the first major cluster was at a Muay Thai boxing stadium, it was the gatherings around Bangkok’s nightlife that exacerbated the spread.

After infections started spreading, all nightlife was closed until July when Thailand overall had gained some control and contained the Coronavirus more successfully than most countries. In fact, it would be months before any new infections were diagnosed in the area.

While it’s commonly known that the next wave of Covid-19 in Thailand started in Burmese migrant worker camps centred around the Samut Sakhon seafood markets, even the second round of infections was proliferated by people enjoying the nightlife around Thailand and gambles dens in Con Buri.

There was also the case of a woman in the North who went to several bars before knowing that she had contracted the virus in January, and, when the details of her bar-hopping were released, many customers of a bar she attended in Chiang Mai had already contracted Covid-19 as well.

Meanwhile, in Bangkok, Techin “DJ Matoom” Ploypetch held a lavish all-night party in a luxury hotel in January. Facing criminal charges for violating Covid-19 restrictions, he has recovered from the virus himself but the party became a spreader event. None of these nightlife outbreaks stopped people from pouring back into the club scene as soon as it reopened in February.

Now Thailand is facing a massive shutdown with the threat of a third wave of Covid-19 inescapable. One major factor in the rapidly spreading infections is trendy evening entertainment venues around Bangkok, Phuket, and Pattaya among other areas. A 35-year-old man who contracted Covid-19 reported he had been partying in Thong Lor the month before. Testing clubgoers from bars and entertainment venues in the area revealed an outbreak of Covid-19 infections.

Krystal Club Thonglor25 gained attention as powerful politicians and the wealthy elite that frequent the club so often it’s nicknamed “Government House 2”. 1/3 of Thailand’s cabinet ministers are currently self-isolating and it was rumoured that the Transport Minister had gotten C0vid-19 from visiting the infamous Krystal Club, though rumours were later dispelled.

But growing anger has emerged towards the upscale party-going set, with the hashtag #thonglorpub trending across social media since Wednesday, and many people complaining as the country closes down entertainment venues for the next two weeks and maybe facing further lockdown procedures.

The bar and club scene is a hotspot for Covid clusters since social distancing and mask-wearing are rarely enforced, in poorly ventilated rooms with throngs of tightly packed people. A list has emerged of high society hot spots where anyone in attendance in the past few weeks is being requested to get Covid-19 tests right away after customers at each has tested positive for covid.