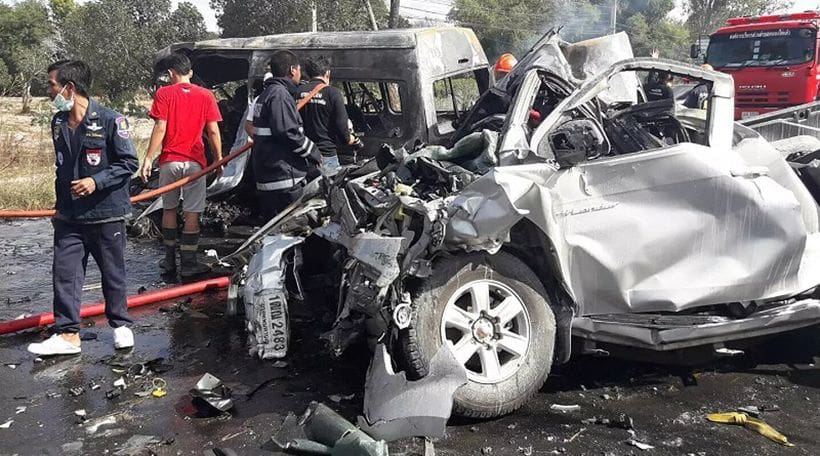 An update on the national toll following the second of the annual road campaign days.

The death toll from road accidents in the first two days of the “Seven Dangerous Days” of the New Year holidays has risen to 98, while 1,024 others were injured nationwide, the transport minister said today.

He said 38 died at the scene of the accidents while 18 others died in hospital. He said drunk driving was the main cause of the accidents, and was responsible for 38.95 per cent of Friday’s accidents, followed by speed limit violations (28.60 per cent).

He said 76.68 per cent of incidents involved motorcyclists. The first two days of the monitoring period saw 990 accidents, killing 98 people and injuring 1,024 others, he said.