Anastasia Vashukevich, aka. Nastya Rybka, the Belarusian model/sex-educator/Instagramer who spent a year in a Thai jail awaiting last week’s Court case, and was then deported, remains in a Moscow jail as of last night after the presiding judge decided to extend her detention by 72 hours.

She was arrested at Moscow airport on Thursday after being deported from Thailand on Tuesday night. She, and seven others, pleaded guilty last Tuesday for participating in a “sex training course” in Pattaya nearly 12 months ago.

During a hearing yesterday in Moscow, she said she did not want to “in any way compromise aluminum mining magnate, Oleg Deripaska”.

According to Interfax she said in the hearing, ”I have had enough.”

Her lawyer Dmitry Zatsarinsky, told reporters that his young client “has committed no crime” and had “nothing to do with” Deripaska and “still less with US President Donald Trump”.

On Friday her lawyer denounced Anastasia’s arrest, which was made while she was in transit in Moscow after a flight from Thailand on her way to Belarus.

The Belarusian gained notoriety last year when she claimed she had proof of Russian collusion with the Trump Presidential election campaign. She has now had her detention in Moscow extended by three days by a Russian court.

According to Interfax reports, she told the court she denied the accusation of prostitution, telling the court that “I am not guilty of what I am accused.”

She unexpectedly pleaded guilty in a Bangkok court to charges of prostitution relating to last February’s sex training course in Pattaya. The Thai judge suspended the group’s sentences but deported them, effective immediately.

Anastasia had been in custody in Thailand since a police raid in what AFP described as the “sleazy seaside resort of Pattaya” last February. 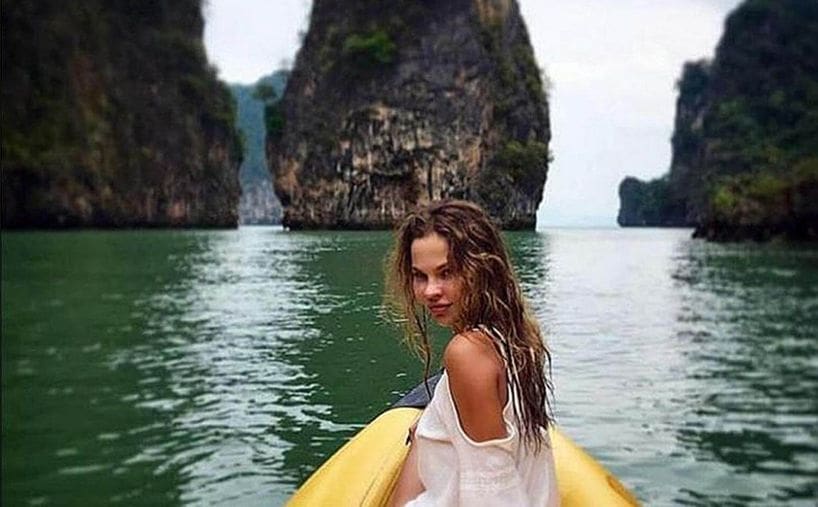 Bangkok smog: Police get out their hoses