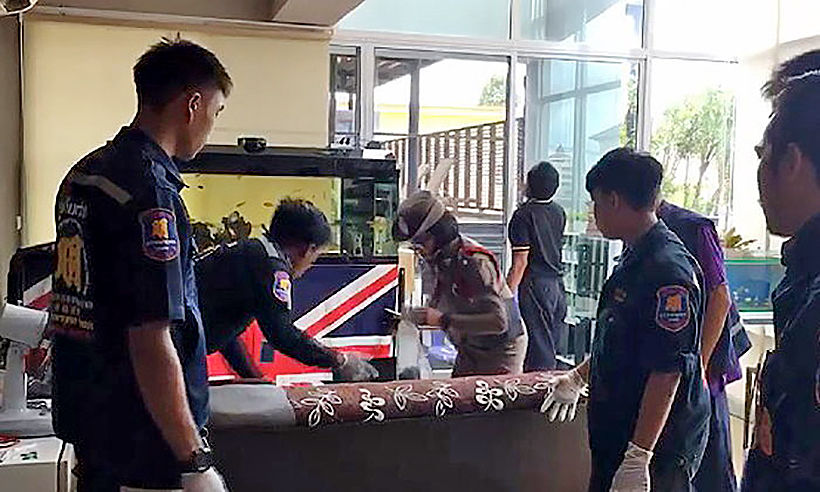 A 49 year old British teacher at a language college in Rayong, eastern Thailand, has been found dead in his Cherng Nern apartment.

Work colleagues told police that it was unusual that the man failed to turn up for work and wasn’t answering phone calls.

Security at the condominium checked on the man’s room and found his body laying inside the doorway.

According to Sanook, there was blood coming from his nose and mouth and remnants of food around his mouth. On the table inside the room there was an unfinished meal and his phone and wallet that was untouched. Police report that there were no signs of a struggle or foul play and speculate that he choked on his food.

The man had returned home at 11 pm the night before after attending work as usual. When he failed to show up for work on the next day his colleagues contacted the condominium. The man had been working at the language institute for the past two years.