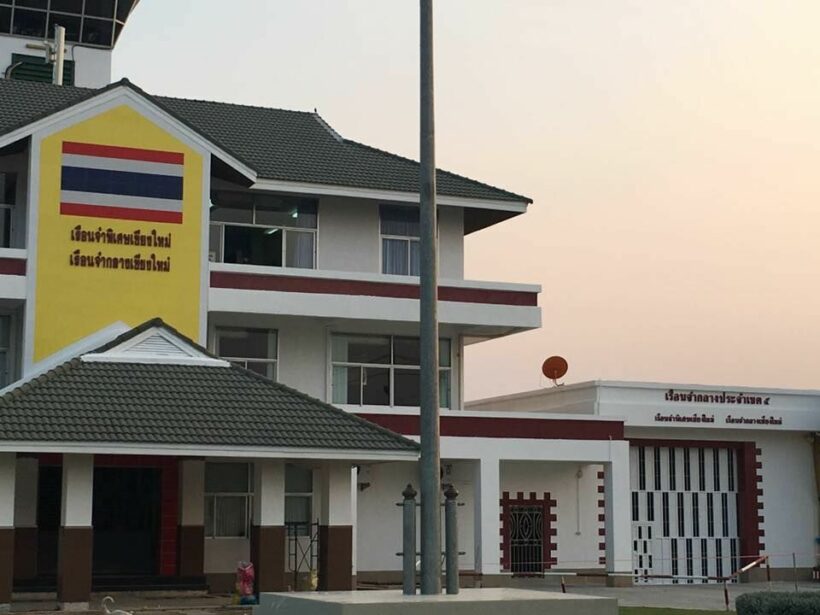 At least 37 new inmates at Chiang Mai Central Prison have tested positive for Covid-19 in routine testing during the quarantine period for new inmates before they enter the general prison population. Provincial public health chief Jatchuchai Maeerat said the inmates who tested positive for the virus were sent to a field hospital at the prison in Chiang Mai’s Mae Taeng district.

The Chiang Mai public health office is now urging other prisons in the area, particularly the Chiang Mai Women Correctional Institution and the Fang District Prison, to follow similar protocols as the Central Prison to prevent the spread of the coronavirus among the general prison population and the staff, Jatchuchai says.

“We test new inmates after they have been monitored for symptoms during a 14-day quarantine and then sent to the inner zone… All infected prisoners are separated and sent to a field hospital within the prison.”

Since April 1, there have been 2,448 Covid-19 cases reported in Chiang Mai. So far, 134 patients have recovered and have been released from the hospital. The Chiang Mai public health department has 16,000 tablets of the antiviral medication Favipiravir. He says it’s enough to treat the patients in Chiang Mai.

Earlier this month, there was a Covid-19 outbreak at a prison in the southern province Narathawit. The outbreak prompted prison officials to cancel visits to contain the virus.