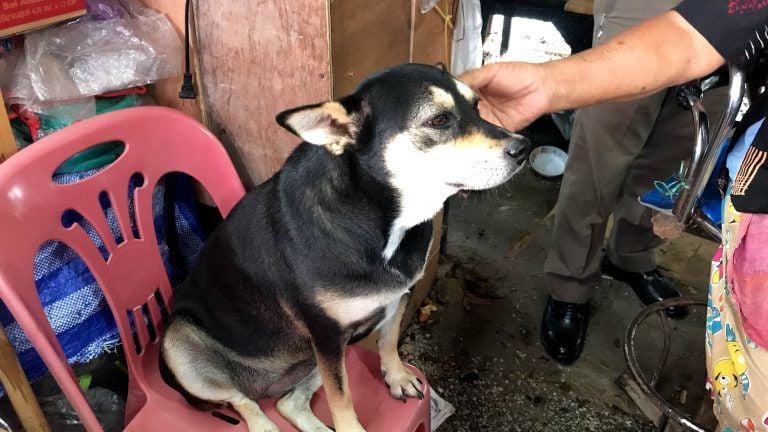 An 18 year old market trader has stabbed a security man to death for swearing at his dog.

After a night of drinking with friends, “A”, returned to his market stall to sleep and was confronted by the security guard, who asked him to identify himself. It was then that the market trader’s loyal companion, Phak Bung, emerged and began barking at the guard.

This annoyed the guard, who began swearing at the dog. A’s reaction was to grab a knife from his stall and proceed to stab the guard in the neck and lower body until he fell to the ground.

The market trader then went to bed but was arrested shortly after.

The following day, other traders and members of the public looked on as police brought him back to the market in Khao Noi, Hua Hin, for a re-enactment of his crime. 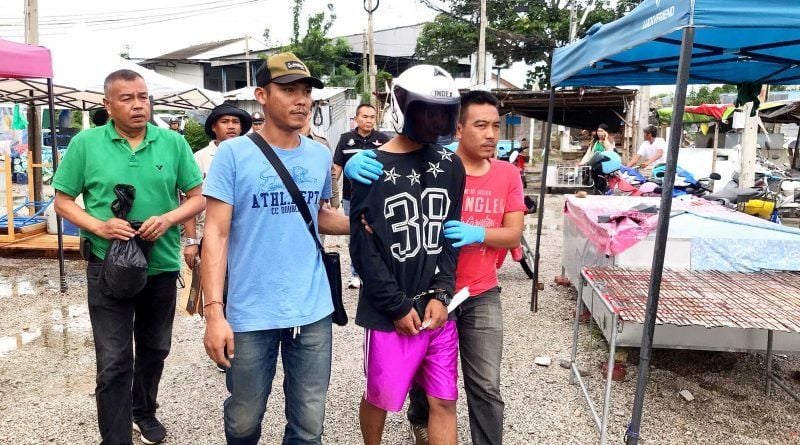