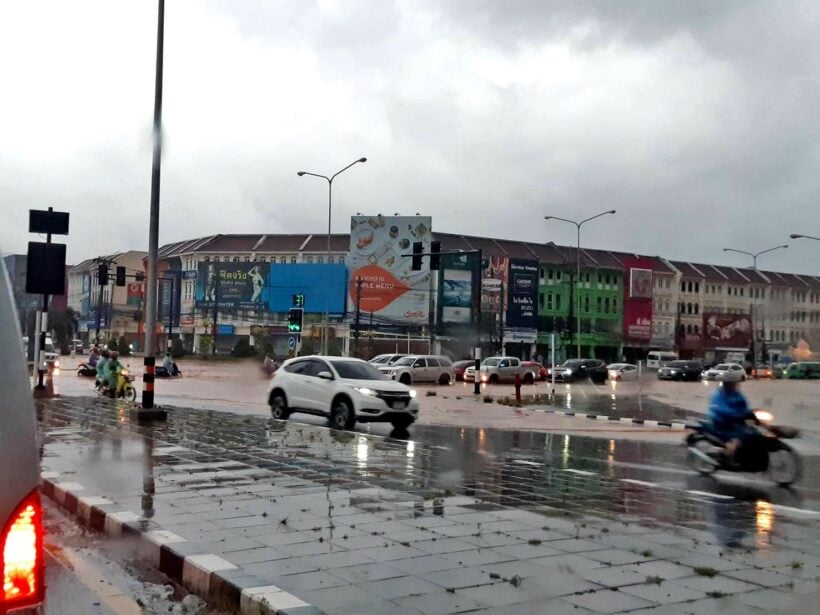 Bad weather has hit Phang Nga and Phuket this morning whilst the flooding waters from the Kaeng Krachan dam in Phetchaburi are now reaching the main business district.

In Phuket the major arteries are being clogged by flooding waters creating havoc for this morning’s peak hour. The Marine Office has issued a warning for boats heading to sea today. Rain started around 3am and continued until at least 9am with a couple of key major downpours drifting in from the west. The island’s main artery, Thepkasattri Road has had heavy flooding on the way into Phuket Town. Also around the island’s busy Samkong underpass intersection.

Meanwhile, sandbags are being piled up along the banks of Phetchaburi River in Phetchaburi province’s economic zone as water levels are getting dangerously high.

The Muang Phetchaburi Municipality also flew a red flag yesterday to alert local residents that the situation was getting serious.

The dam has been brimming over for weeks now, and though it has been discharging up to 22.75 million cubic metres of water daily, it was still 109 per cent full as of yesterday.

Runoffs from the dam have been flowing into the Phetchaburi River, which runs through several districts before draining into the sea. As of yesterday, the river’s water level was about 39 per cent higher at a measuring station in Muang district.

The authorities have been doing their best to keep the heart of Phetchaburi town dry by erecting temporary 40 to 60-centimetre flood barriers along the banks of the river. The officials have also been pumping water into the sea, while boats are being provided to help locals get around where floods are high. The Phetchaburi Technical College also announced that it would stay closed for two days so students do not have to wade their way to classes.

Sirirat said he had ordered all district offices to monitor conditions for possible flash floods and landslides. If officials believe a landslide is imminent, they should have villagers evacuated immediately, the governor added. 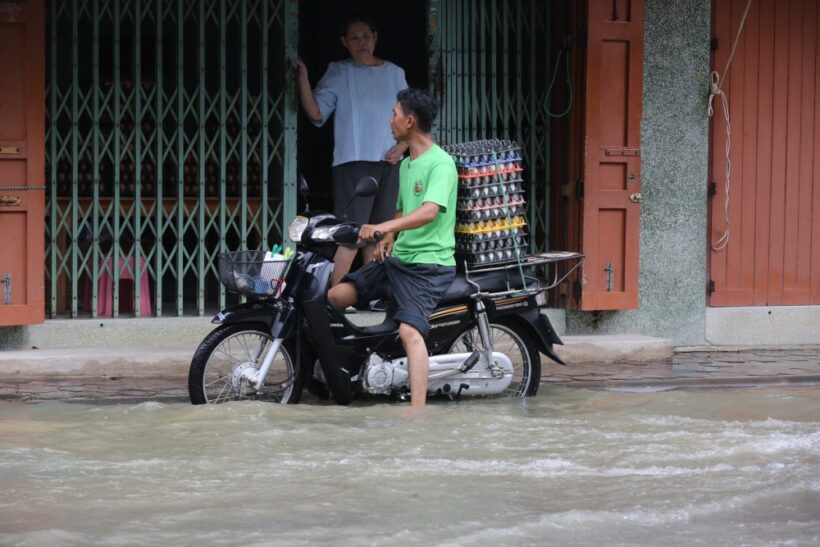 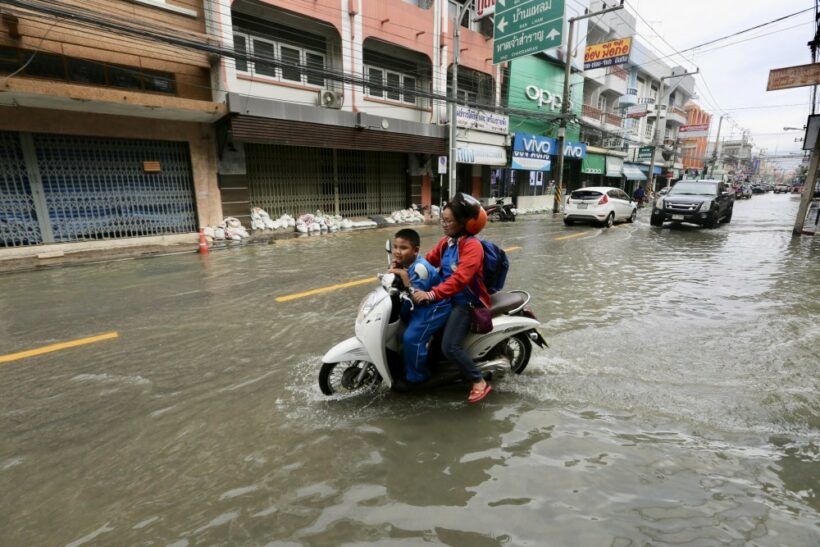 Warning for boats going to sea until tomorrow