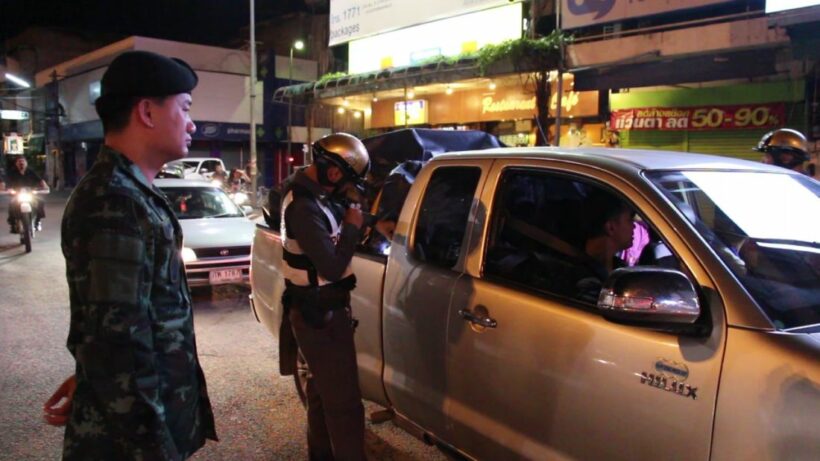 Three alleged drug couriers have been arrested this morning following a gunfight that injured a suspect and a police officer.

The incident happened in the Mae Rim district of Chiang Mai. Police say they monitored road checkpoints last night until officers at a traffic booth in Tambon Rimtai noticed a motorcycle leading the way for a pick-up truck at 1.20am, according to The Nation.

Police flagged them down at the checkpoint but the motorcycle mounted the footpath to avoid the checkpoint and sped away. When the pickup was stopped, a man on the back jumped down and ran into the forest, with police not far behind.

The suspect opened fire on the policeman chasing him with his homemade sawn-off shotgun. The shot hit the officer’s left arm. The officer returned fire and hit the suspect in the abdomen before police were able to seize his gun. The injured suspect was identified as 21 year old Wongsakorn Jala.

Both the injured policeman and suspect were rushed to the district hospital.

The two other suspects were identified as a 22 and 30 year old. Police found 200,000 methamphetamine pills in the back of the pickup. Police are still trying to find the motorcycle ‘scout’ who was leading the way.

The suspects told police they were hired by a Lahu man in Chiang Mai’s Chai Prakan district to take the drug from Fang district and deliver it to a recipient in the city.