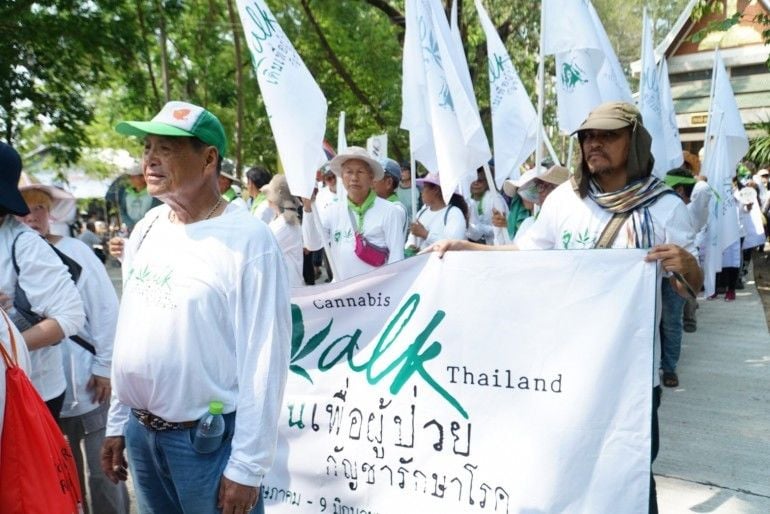 It started yesterday at the Wachiraphotiyarn Monastery. The march will end at Wat Bang Pla More in the central province of Suphan Buri. Campaigners are using the walk to raise awareness of easier access to medicinal cannabis. They’re also highlighting their demand for cannabis to be removed from the list of narcotic drugs and treated as medicinal herb instead.

The long march has been led by Mr. Decha Siripat, president of the Khao Kwan Foundation. The group has spent many years researching cannabis for medical use and distributed free cannabis extracts to many patients. The foundation has fallen foul of the law many times – recently an arrest and charges were overturned by direct intervention from Thai PM Prayut Chan-o-cha.

In a speech before the march set off Mr. Decha said that the government’s recent amnesty, for people in possession of cannabis or cannabis products to declare them to the authorities so they may keep them for medical purposes with impunity, is too bureaucratic and make it nearly impossible for many people to have legal access to medicinal cannabis.

Speak on behalf of the Foundation, he said that the group can, at most, distribute medical cannabis produced by the foundation to only 10,000 people a year, whereas the number of people who want the medication is as high as two million a year (no statistics were provided to back up his claim).