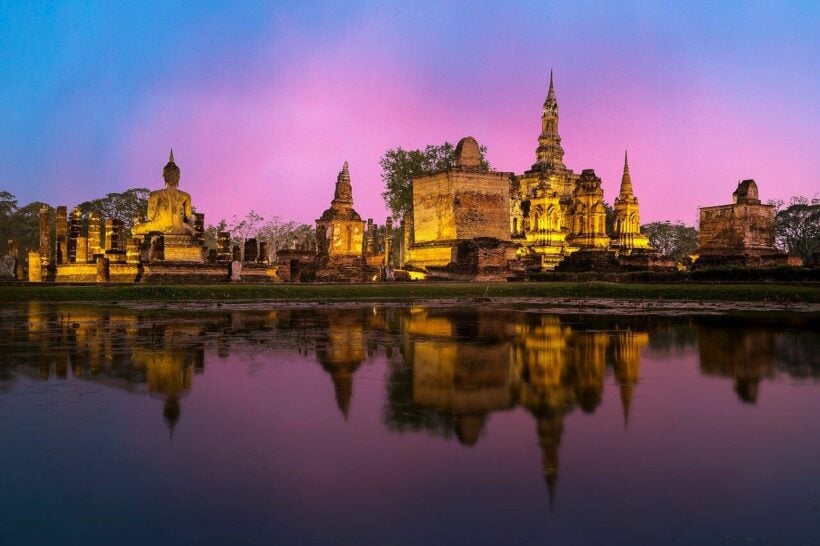 The CCSA seems to be slowly rolling out the lifting of the alcohol ban in Thailand on a province by province, and sometimes district by district, basis. Muang district in Phra Nakhon Si Ayutthaya is the latest district to receive the green light to ease Covid-19 restrictions and allow alcohol to be served in restaurants.

The district in Ayutthaya has been designated a Blue Zone pilot tourist area and, as such, has been granted permission to sell alcohol in restaurants until 9 pm each night. PM Prayut Chan-o-cha signed the order to designate Muang as a Blue Zone, according to the provincial governor. He announced the relaxation of the rules but stressed that safety protocols must still be followed.

“Drinking alcohol in the district is allowed until 9 pm. However, all qualified restaurants must continue to strictly follow the rules and other preventive measures in order to control the infection situation at a stable rate. Officials would also deploy from time to time to monitor the area whether the venues were well cooperating.”

The government hasn’t given much of an explanation of how they choose what areas to ease the alcohol ban, as they have ignored the mounting protests and pleas from Pattaya businesses to allow alcohol and nightlife to restart, but recently lifted restrictions in Cha-am.

The Cha-am municipality in Petchaburi has not had a single case of Covid-19 since the big tourist reopening on November 1 according to the Deputy Governor of the province, so with the virus seemingly under control, permission was granted to serve alcohol in restaurants until 10 pm. There was no explanation why Cha-am was granted permission to open an hour later until 10 pm while Ayutthaya must stop serving alcohol at 9 pm.