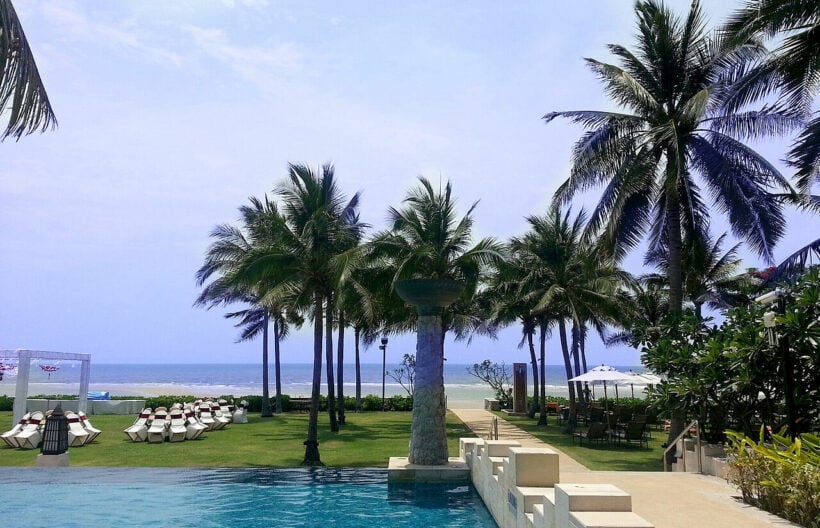 PHOTO: Cha-am will be allowed to sell alcohol from December 1. (via Wikimedia)

While tourist areas all across Thailand are fighting to be allowed to sell alcohol, Cha-am will be the next tourist pilot area to get to sell drinks. The Phetchaburi Provincial Communicable Disease Committee is preparing to test allowing restaurants and shops to sell alcohol in the tourist city until 10 pm.

The trial run of the new permission will be from December 1 to December 15 and then reevaluated to decide if it will be continued. The municipality has not had a single case of Covid-19 since the big tourist reopening on November 1, the Deputy Governor of the province announced after a Provincial Public Health Committee meeting on Monday.

With the feat he attributed to effective provincial management, the committee decided it was safe to allow the Blue Zone tourist municipality of Cha-am to allow alcohol to be sold and consumed in SHA+ certified restaurants while following all Covid-19 safety precautions.

Provincial authorities will be keeping a close eye on any new infections or outbreaks in Cha-am that happen between December 1 when they allow drinking to begin and December 15 when the alcohol ban lifting will be measured for success or failure. During that time, approved venues will be allowed to sell drinks until 10 pm only.

The Deputy Governor of Phetchaburi expressed thanks to its inhabitants for working together to prevent the spread of Covid-19 and allow many aspects of life to return to normal.

“On behalf of Phetchaburi provincial office, I would like to thank all residents who had been well cooperating with the government’s rules and instructions, resulting in a steadily declining number of cases and the regulation relaxation in Cha-am. The area has become infection-free and many activities almost returned to normal now.”

mickkotlarski
Good to see some common sense. Even though it is lacking elsewhere.

AlexPTY
Thailand booze regulations only outstupided by Oklahoma's Warm Beer Law where any beverage containing 4-percent alcohol by volume can only be sold at room temperature in licensed liquor stores
Jason
4 hours ago, mickkotlarski said: Good to see some common sense. Even though it is lacking elsewhere. I only wish common sense was more....common