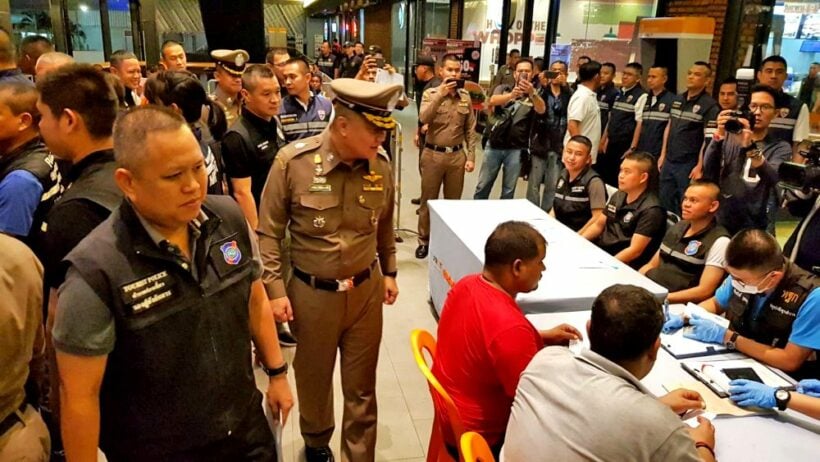 More foreigners detained and likely to be deported. Seems to be a never-ending supply of illegal foreigners hiding in Thailand. X-Ray Outlaw Foreigner has been an almost weekly campaign to round up and deport overstaying and illegal foreigners over the past two years.

Another 490 foreigners were caught this week in the latest Immigration Police dragnet involving simultaneous raids at 229 locations around the country.

It was the 46th such crackdown bringing the total number of locations searched to 7,145 and the number of arrests to 8,400.

Immigration Police Bureau announced that 338 of the people arrested were charged for entering Thailand illegally – 110 from Laos, 141 from Myanmar, 85 from Cambodia and one each from Vietnam and India.

14 others,3 each from India and Vietnam, 2 each from Laos and Cameroon and 1 each from Myanmar, Cambodia, Switzerland and the US, are accused of overstaying their visas.

85 Thais allegedly failed to report within 24 hours they had foreigners staying on their premises.

The 27 from Myanmar, 9 from Cambodia, 4 from Laos, 3 from India, 2 each from China, Vietnam and Russia and 1 each from France, Poland, South Korea and Canada allegedly either failed to report their stay at specified addresses or violated the law on Foreign Worker Management.

Earth Hour next week, everyone invited to join Bangkok by switching off lights