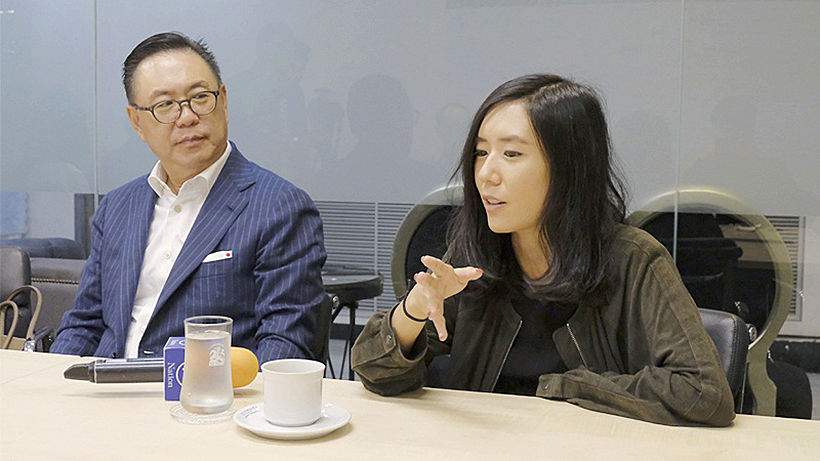 PHOTO: Howard Liang looks on as his daughter speaks at yesterday’s launch of the new international school – The Nation

A Hong Kong businessman who was in Phuket with nineteen members of his family when the 2004 Indian Ocean tsunami struck, is back in Thailand to build an international school near Bangkok’s Suvarnabhumi airport. Howard Liang says the international school is being built under the theme of “numchai” (generosity), in recognition of the Thai people who showed such kindness to him and his family in the aftermath of the disaster. It will be called the Verso International School.

This month marks the 15th anniversary of the tsunami, which struck on the morning (around 10am) of December 26, 2004, devastating the Andaman coast. Along with Phuket, popular holiday destinations such as Khao Lak and Koh Phi Phi were also badly hit, and thousands of people were killed.

The official number of deaths from the Indian Ocean tsunami will never be fully known, but is thought to exceed 240,000. In Banda Aceh alone, on the northern tip of Sumatra Island, Indonesia, an official toll of 227,898 has been recorded.

Howard says he was enjoying a boat trip with family members off Phang Nga when the waves struck.

“Our two boats were crushed to pieces and we were separated. Luckily waves carried me to an island, where local people helped evacuate me and other survivors to a high area where the tsunami waves could not reach.”

The tsunami came in three waves, the third was the highest and caused the most destruction.

The Nation reports that Howard’s daughter Charmian, who was 12 at the time, didn’t understand the significance of what was happening initially, thinking the waves hitting the boat was funny, until the force of the impact dragged her under water, and she was knocked unconscious. She awoke to find herself on the same small island with her father.

“That memory is quite blurred to me because I was so young then, but I remember that local people suggested I head for high ground, from which my entire family were evacuated.”

The family were taken to a hospital in Takua Pa, Phang Nga province, along with other survivors. There, Mr Liang’s wife Luanna recalls meeting a Thai man and his daughter. When the man noticed the Hong Kong family had lost their shoes, he took off the slippers both he and his daughter were wearing and gave them to them before disappearing. He returned shortly after with shoes for the rest of the family.

It’s generosity such as this that Howard wishes to enshrine in the curriculum of Verso International School. The educational facility is currently being built in Thana City village, a condo project about 15 kilometres from Suvarnabhumi airport, and will welcome students from Bangkok, Samut Prakan province, and other central Thailand provinces.

“There are numerous wonderful international schools in Bangkok and my school is not going to compete with them. We are giving parents a choice by providing courses that inspire students to think outside the box, with flexible classroom teaching.”