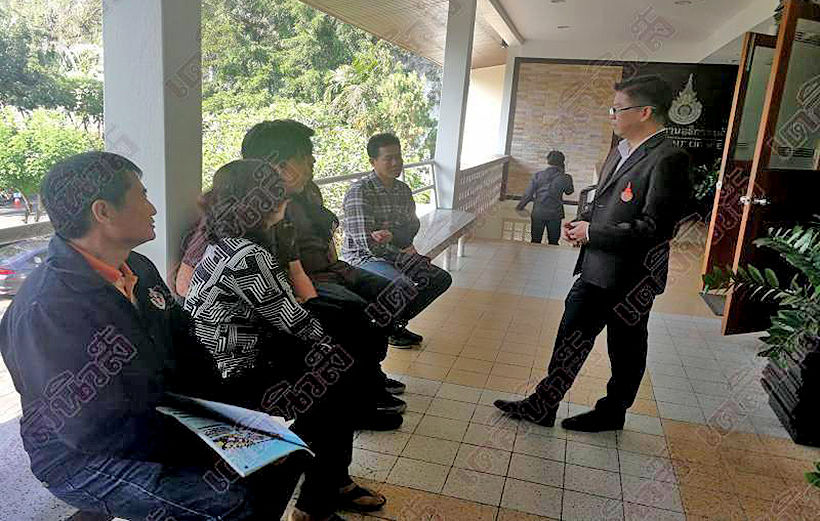 Students at Rajamangala University of Technology in Chiang Mai province are whinging about having to demonstrate basic English abilities in order to enrol in courses at the institution. The Daily News reports that the students, with the support of their parents, have made an official complaint about the requirement, which they say should not apply to Thai courses.

Students are currently required to learn up to 550 English words and pass an English test before being admitted on to a course at the university. They say the stipulation has a negative impact on their education and future job prospects and that while they acknowledge the importance of English, it should not be required for Thai courses.

The director of the university has now agreed to meet with the students and look into their complaint as well as explaining the broader need for basic English language as a necessity in Thai courses. The English requirement has long been viewed as controversial, with some accusing the university of using the language course as a money-making tool. 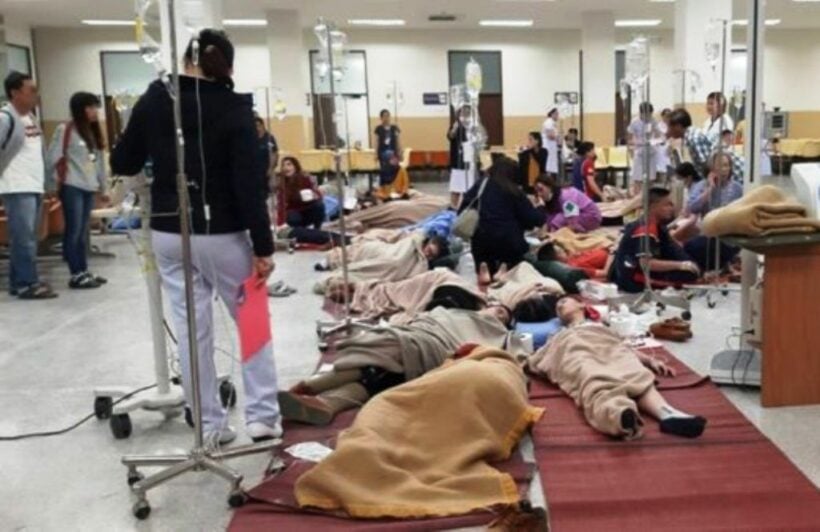 There was chaos at Chiang Mai hospitals yesterday when around 130 students were hospitalised with food poisoning. The grade 8 students from Montfort College in Chiang Mai had eaten lunch at the San Sai scout camp when they began showing symptoms of food poisoning, including diarrhea, vomiting and stomach cramps.

There were an estimated 400 students at the camp: about 89 were taken to the local San Sai Hospital and another 50 taken to other Chiang Mai area hospitals. 30 doctors and nurses were dispatched to the camp in Mae Faek subdistrict of Chiang Mai’s San Sai to treat other students who did not require hospitalisation.

The senior permanent secretary for the San Sai district was called in to monitor the situation and was meeting with Chiang Mai’s governor Charoenrit Sanguansat. All but four of the children had been released from hospital after receiving treatment by late last night.

Details of the food poisoning remain unclear other than a boiled chicken dish with dipping sauce was served for the children’s lunch. 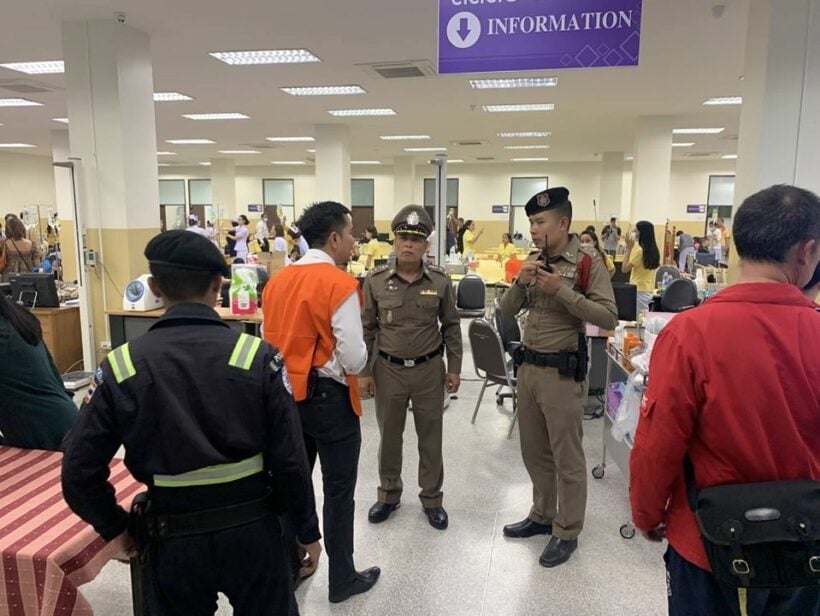 Poor air quality and persistent haze is plaguing much of Thailand’s north today, with the worst pollution in Lampang province, just south of Chiang Mai in northern Thailand. Meanwhile, a bit further south, Bangkok residents had more of the fine-dust particles, aka. 2.5 microns, in eight of the city’s districts yesterday.

The Pollution Control Department in the north has reported unsafe levels of pollution in 11 of the 15 air quality measurement stations – including Mae Sai district in Chiang Rai; City area of Chiang Mai; City and Mae Mo districts of Lampang; City area of Lamphun; City area of Phrae; and City area of Phayao.

A business owner in Chiang Mai told The Thaiger today that the haze and smoke is at its worst for months. ‘Neo’ runs a flower and giftware shop in central Chiang Mai.

“We are seeing a lot of customers come in today with face-masks and everyone is talking about the problem. Most of us think it is coming from sugar cane plantation burn-offs.”

The readings, in excess of 150mg in many locations around the north, are up to three times the Thai government’s nominal upper-limit of 50 mg of 2.5 micron particulate per cubic metre, and over six times the upper safe limit from the World Health Organisation. 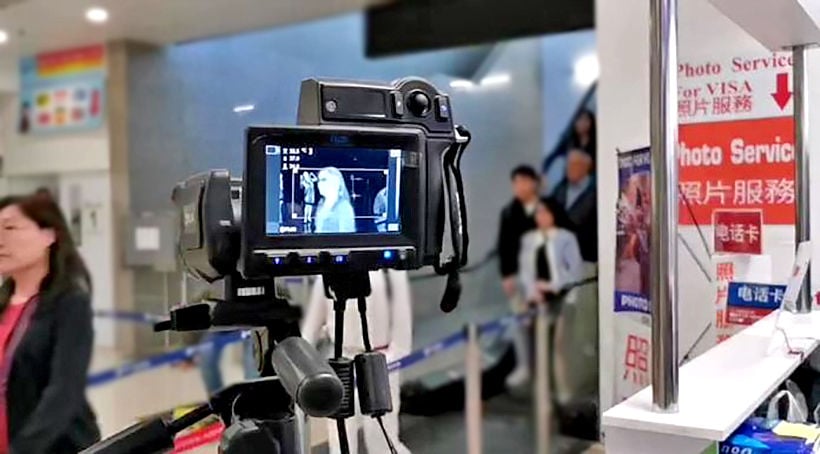 Three Thai passengers are in hospital after being routinely screened at Chiang Mai International Airport with suspected cases of the suspected “viral pneumonia” that is affected the Chinese city of Wuhan. A fourth person, this time a Chinese national, has been found to be infected with influenza A (H3N2), and repatriated to China for treatment.

The virus, which many initially feared was a return of the vicious SARS virus that killed hundreds across Asia in 2003, was first detected in Wuhan in December. As of January 5 there were 59 confirmed cases in Wuhan and another 21 suspected in Hong Kong as of January 6.

2019-2020 China pneumonia outbreak, also known as China pneumonia or Wuhan pneumonia, is an outbreak of pneumonia, which is occurring in Huanan Seafood Market in Wuhan, China. The first case presented in Wuhan on 12 December 2019. On 31 December 2019, state media in China disclosed a series of cases with unexplained pneumonia. On that day, 27 cases were confirmed with seven in critical condition and two expected to be discharged. The rest of the cases were stable. – Wikipedia

Airports of Thailand, which manages five of Thailand’s major airports, is using thermal scanners to screen passenger arrivals from Wuhan. All three of the Thai passengers have “improved overall symptoms” according to doctors, but are being monitored in a quarantined area of a Chiang Mai hospital. Test results were not complete at this stage.

The Department of Disease Control is asking all travellers who have visited Wuhan, and subsequently become ill, to see a doctor or report to a local hospital.

UPDATE: A Chinese traveller arriving in Bangkok has been quarantined, bringing the number of suspected carriers of the H3N2 Flu to five, according to the Bangkok Post. The woman, who arrived at Suvarnabhumi airport around noon on Wednesday, is being treated at the Bamrasnaradura Infectious Diseases Institute in Nonthaburi where three other travellers have already been quarantined.

“An emergency in China” but not an internal epidemic – Coronavirus update

Unsecured pickup falls off of ferry bound for Phuket