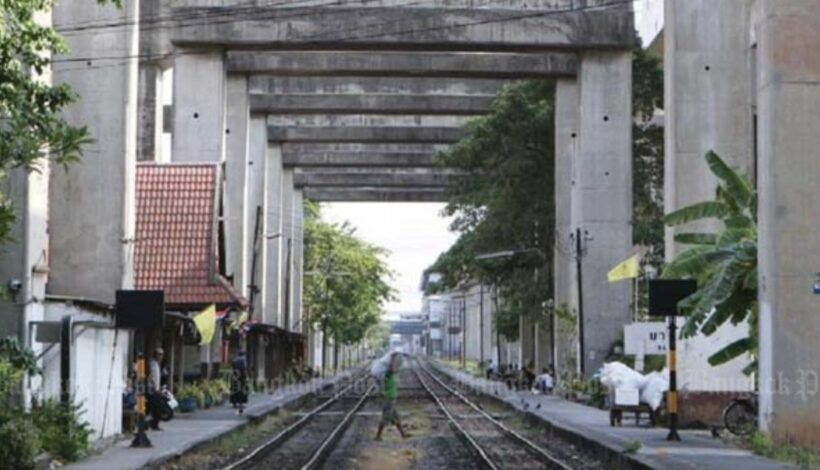 Driving out to Don Mueang Airport it’s difficult not to notice the new BTS line that now extends from Mo Chit and past the airport. It looks finished and, apparently, will open before the end of the year. But running alongside are the remnants of an earlier, and very expensive, attempt to build a link out to Don Mueang, at the time in the 1990s, the only airport in Bangkok.

Hopewell Thailand won the contract, then it was cancelled after they’d started building it (the huge concrete arches are all still there), Hopewell sued… and it’s been going on and on, in court, until the Supreme Administrative Court handed down its final decision this week. Thailand’s Transport Ministry and State Railway of Thailand have been instructed to pay 24 billion baht in compensation to Hopewell Thailand. But Transport Minister Saksayam Chidchob says that the Ministry still intends to fight on, with another case still pending in the Central Administrative Court.

The Supreme Administrative Court on Wednesday upheld the Central Administrative Court’s decision to reject another retrial in the ongoing legal conflict (code for ‘blame game) between the Transport Ministry and the SRT, as well as the legal battle over compensation with Hopewell Thailand.

HERE is some history on the long-running kerfuffle over the Hopewell contract.

The cases results from an arbitration panel’s order that the Thai government pay compensation for the cancellation of the 80 billion baht rail and highway project. The Minister says, that in the latest court case filed in the Central Administrative Court on June 17, the Transport Ministry and the State Railway of Thailand questioned the legality of Hopewell Thailand’s registration.

The transport minister says that a panel is now being set up to initiate more negotiation with Hopewell Thailand.

PM Prayut Chan-o-cha says that the case “dates back many years”, but the Government will respect the court’s ruling and Transport Ministry has been instructed to try to solve the problem. He does not blame any specific party for the loss of the court case.

PS. The Thaiger thinks that the cement and steel columns and arches, that sit as a constant reminder of 90s state corruption and inefficiencies, should be turned into an art installation. There are hundreds of concrete arches that could be used to focus people’s attention onto creative Thai artists rather than the 24 billion baht financial gaff. 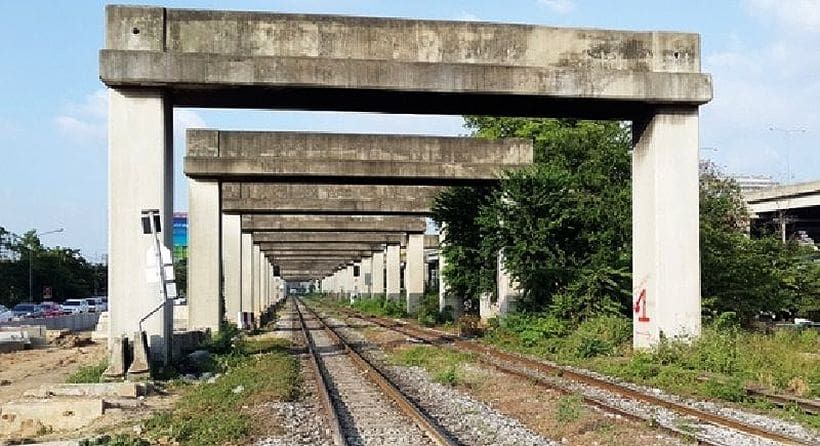