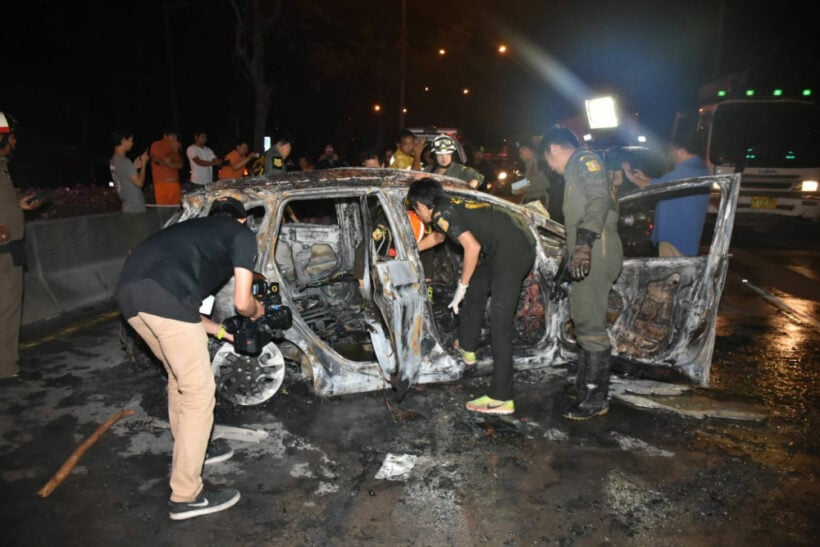 A driver and a front-seat passenger have been killed after their car collided into a roadside tree in Bangkok’s Klong Sam Wa district this morning. The car had flipped onto its side after hitting the tree.

A 32 year old and six other witnesses managed to flip the car upright and pluck a man from the back seat before the vehicle burst into flames. But police report that the man died later at the scene from injuries.

Police say the incident occurred on the inbound Nimit Mai road in Sam Wa Tawantok sub-district, north-east Bangkok, at 3am.

Police can only confirm that a man drove the car and a woman was in the front passenger seat. Both bodies have been burnt beyond recognition.

They say a wallet was found on the man on the back seat, but inside it had the ID card of an 18 year old woman. Police are not sure if this relates to the woman that was killed in the front passenger seat.

A police check of the licence plate found that the car belonged to a 43 year old woman. Police are trying to contact her to try and clarify the circumstances of the crash and the identity of the people in the car.

The three bodies were sent for identification at the Police Hospital. 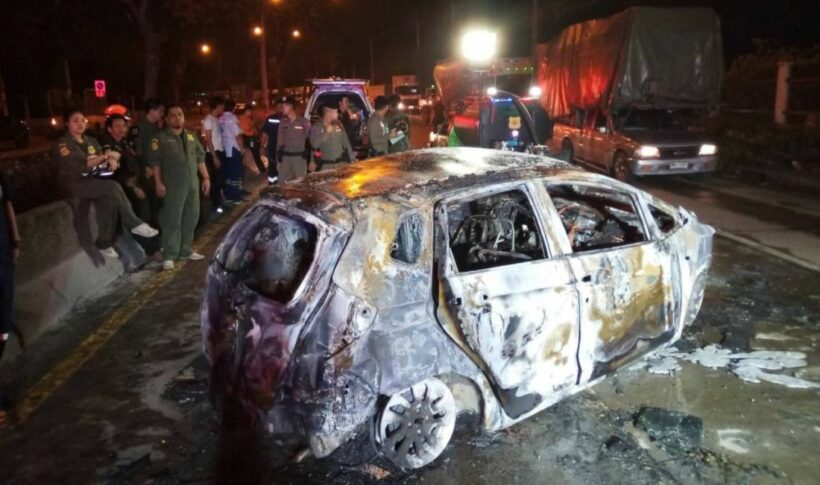 Club@Koi explodes in colour, celebrities and fashion for its first anniversary