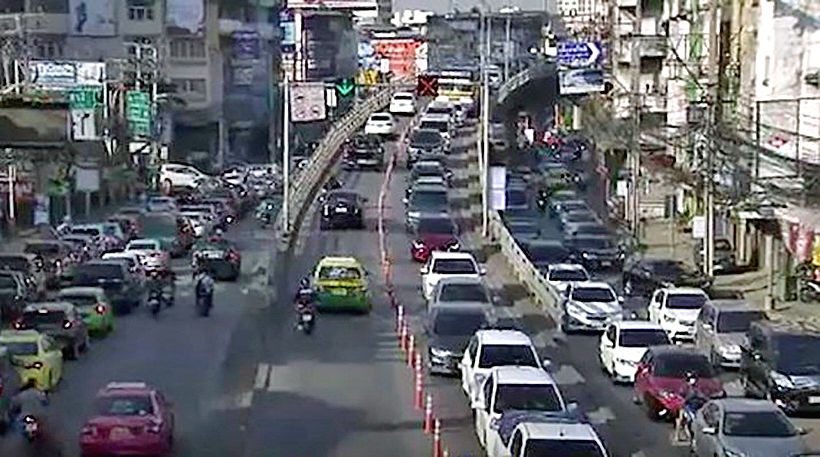 The BMA (Bangkok Metropolitan Administration) is looking for help from the Metropolitan Police Division 4 to find suitable shortcuts so motorists could avoid the notorious Lam Salee intersection.

The Nation reports that BMA deputy governor Sakoltee Phattiyakul says the intersection has long been notorious for traffic snarls and the situation has just become worse with delays caused by the construction of the BTS Orange Line.

Sakoltee says the BMA has received complaints from locals and motorists that the road between the foot of the flyover in front of Soi Ramkhamhaeng 15 and the intersection has become heavily congested since the railway construction has led to the closing of lanes. He says the BMA was seeking help from traffic police to study alternative routes for the congested part of the road and the city administration would inform the motorists when an alternative is sorted out.

The BMA will extend the Saen Saeb boat route from Wat Sri Bunruang to Min Buri district next year to provide alternative transport for residents in the area.