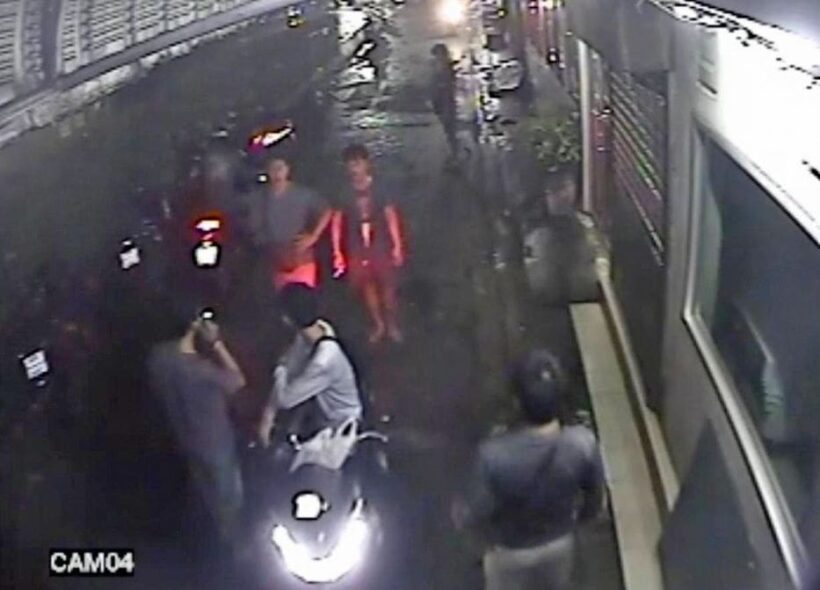 One of the men allegedly involved in Sunday’s shootout in Bangkok that killed an Indian tourist and injured four people, has surrendered. Police are now seeking arrest warrants for another 20 suspects.

Police took into custody 28 year old Preecha Sak-udompaisal, an alleged ‘influential figure’ in the Bang Sue area, after he surrendered at the Phya Thai Police Station. He is the owner of a snooker parlour and identified in CCTV footage as allegedly involved in the shooting.

The Nation reports that Police are continuing to probe whether the shooting, involving military weapons, stemmed from a conflict between two influential groups in Pratunam and Bang Sue. The spent cartridges collected from the scene are being inspected to see if they were fired from weapons used in other violent attacks, police said.

Police investigators would seek arrest warrants for more suspects. A source says a police probe had identified the two groups of people involved in the shootout, with 19 people on Preecha’s side and seven people on the opposite side allegedly led by a wounded Thai victim, 23 year old Pornthep Pumpuang.

In the meantime, Ministry of Tourism and Sports permanent secretary Pongpanu Svetarundra said the foreign tourist assistance fund board resolved to pay 1 million baht in compensation for the death of the Indian tourist. When combined with 1 million baht from the insurance firm, the deceased man’s family would get 2 million baht.

The board also agreed to pay for medical expenses beyond the limits covered under the insurance plans of the injured persons.

Tourist Police Bureau acting chief Pol Maj-General Thirapol Kuptanon presided over a ceremony at 1.30pm on Tuesday to present compensation to the relatives of the dead and the wounded at Rajavithi Hospital.

45 year old Basant Gakhreja, the elder brother of the deceased victim 41 year old Dheeraj Gakhreja  attended the event. Speaking through an interpreter, he said that he understood this was an unfortunate event beyond anyone’s control. The grief-stricken brother thanked Thai authorities for arranging transportation of his younger brother’s body back to India on Monday evening for religious rites.

India is a key tourist market for Thailand with 1,411,942 Indians visiting the Kingdom last year, ranking them as the sixth largest group. That represented an increase of 18.2 per cent over 2016 and generated 62.4 billion baht.

The shooting happened at 8.30pm on Sunday at a snooker parlour in the car park of the Centara Watergate Pavilion Hotel in Ratchathewi district.

Several tourists were at the scene and tour coaches were parked nearby. The Indian man – who was part of an insurance company’s 100-strong group tour to Thailand from October 4-7 – was shot and later died in hospital. 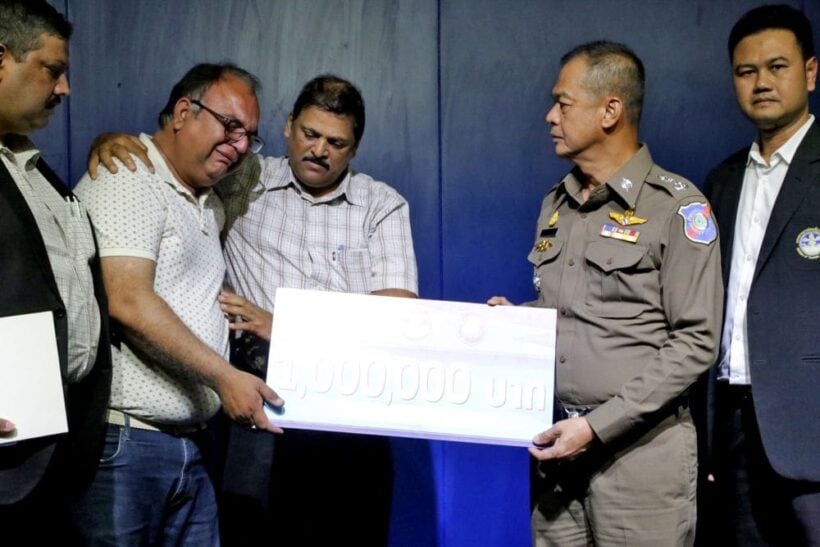