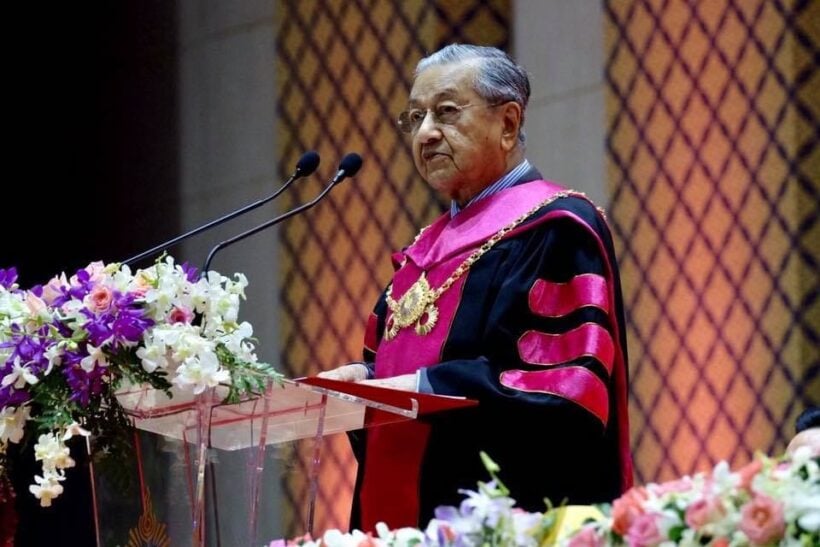 Malaysian PM Mahathir Mohamad has been in Bangkok over the weekend, his second trip to the Kingdom in the past three months. But this time it was mostly social and to receive an award.

The 93 year old Malaysian premier said in a speech that ASEAN has yet to get its due credit as the only regional organisation that has been sustainable and with tremendous potential.

In his acceptance speech, after receiving an honorary doctorate by Rangsit University in recognition of his statesmanship, Mahathir also highlighted how students are future leaders who can also help maintain relations among ASEAN countries.

Mahathir was awarded the doctorate for leadership in social, business and politics by university president Dr Arthit Ourairat during its convocation ceremony.

Mahathir noted how ASEAN countries have been able to resolve problems peacefully.

“The relationship between the member countries of ASEAN has been very good because we are able to resolve problems within us in a peaceful manner, ” he said.

“So, ASEAN has remained as a very stable and peaceful region in the world and I think that we have to appreciate this fact because many regions in the world are not doing well today,” he said, adding that there were problems in North America, Europe, Middle East and many other places.

The Malaysian leader returned from retirement to “save Malaysia from being destroyed by corruption and greed” and “bravely speaks up for those countries which are unable to do so,” said Dr. Arthit. 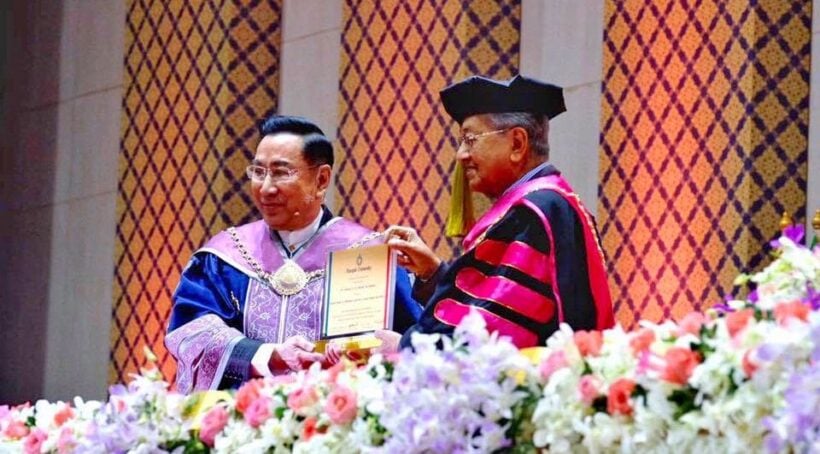 Suspect arrested over grenade attacks during Bangkok protests in 2014