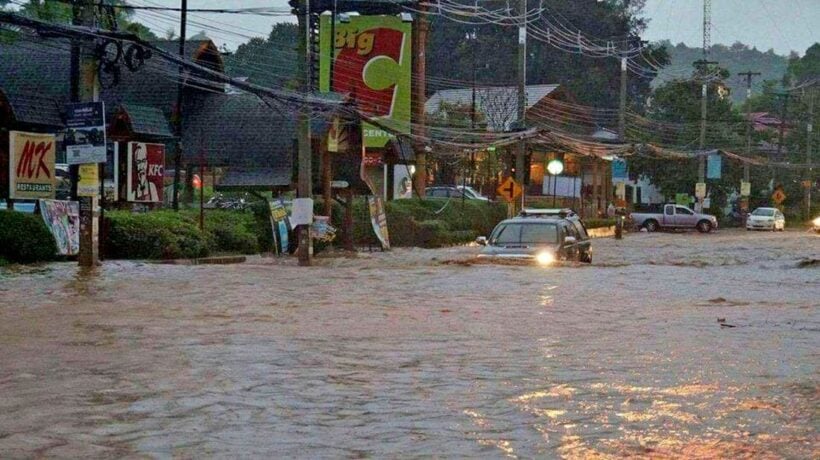 “The city Mayor says the municipality had arranged for medical staff to be on stand-by to help patients at evacuation centres already set up to deal with potential flood crisis in Nakhon Si Thammarat.”

Heavy rain has been battering the southern regions of the Gulf coast for the past few days and caused flooding in Surat Thani, Nakhon Si Thammarat and Phatthalung provinces. The Andaman side of the coast has received little or no rain during the same period.

The heavy rains have reached as far north as Samui and the Chumpon coastline.

Several areas in the main city area have already been flooded by torrential rain which has battered the province for the past three days.

Huge water pumps have been installed to pump to drain water out of the overflowing canals into the sea, he said, adding that all schools in the municipal area have been ordered closed on Monday.

The road in Khuan Khanoon district market was about 50 cm under water and water level was still rising, said district official.

Kanchanadit, Don Sak and Poonpin districts of Surat Thani were lashed with 203mm, 196mm and 170mm of rain water in the past 24 hours, resulting in the declaration of flood disaster area in five villages in Don Sak district.

In the Muang district, the detour road from Kawela hospital to a car dealer’s shop has been turned into a canal impassable to small vehicles. Several cars broke down on the road. 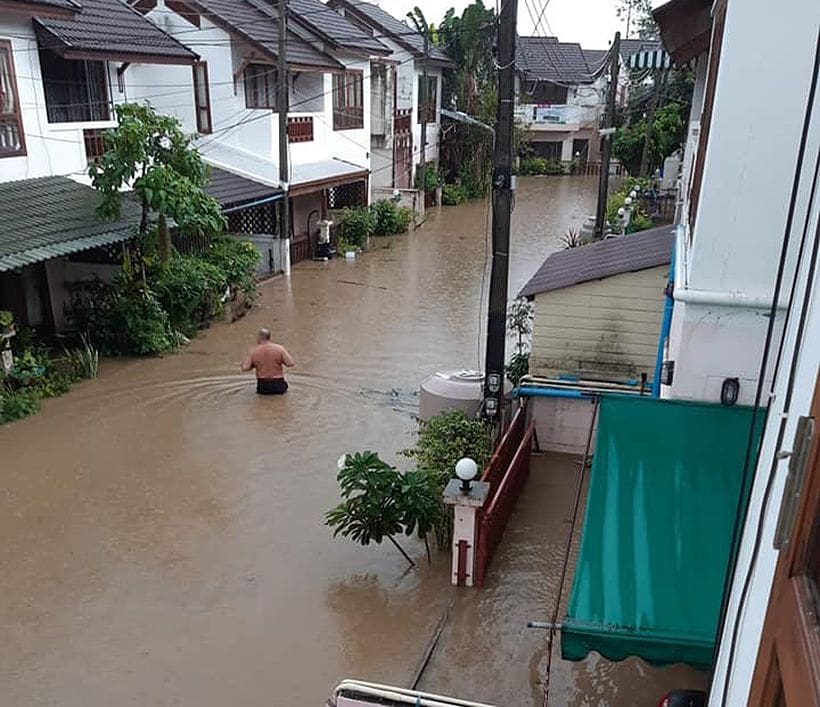