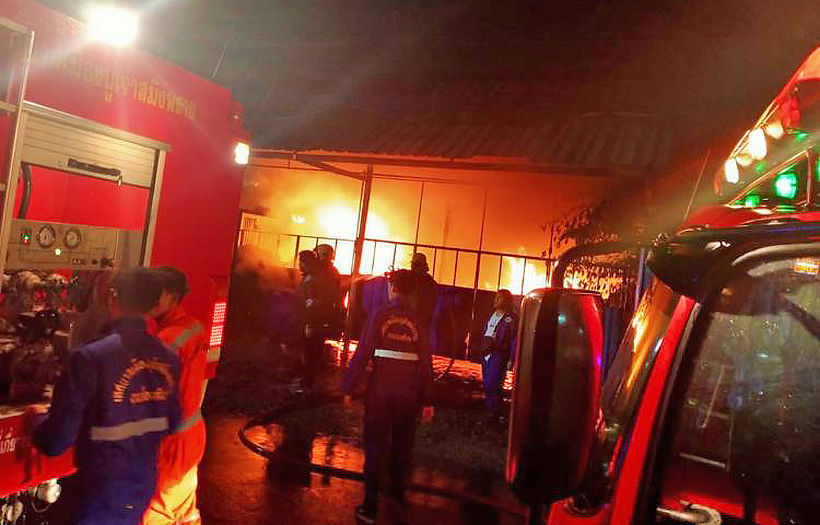 A fire in Samut Prakan province, just southeast of Bangkok, caused major damage to an ice factory warehouse and 3 vehicles in the early hours of this morning. No injuries were reported. A duty officer at Samrong Tai police station says the blaze at the ice factory on Soi Wat Mahawong in tambon Samrong was reported just after midnight.

The warehouse, built on 200 square metres of land, was already engulfed in flames when the first of 5 fire engines arrived from neighbouring districts. Loud explosions were heard as refrigerated containers in the warehouse detonated. Firefighters got the blaze under control in about 30 minutes. 2 pickup trucks and a motorcycle parked in the warehouse were also burnt.

Police are investigating, but say the likely cause was an electrical short circuit. There was no one in the warehouse when the fire broke out.

The full damage is still being assessed. 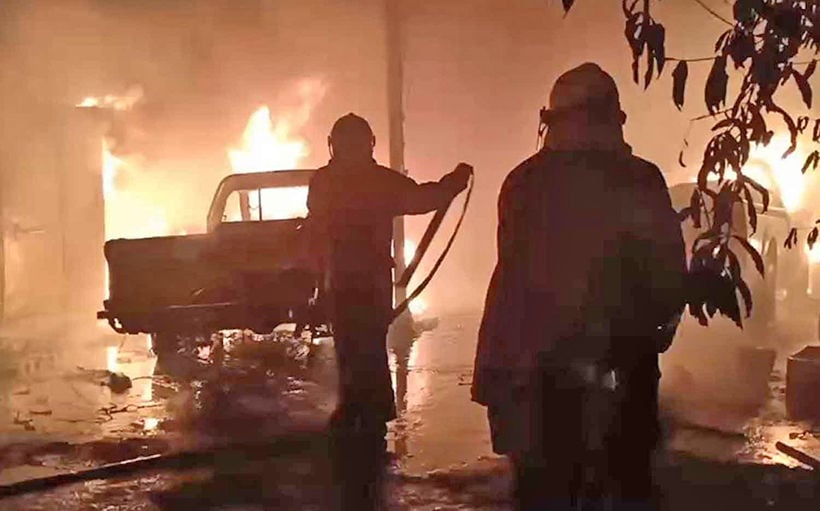 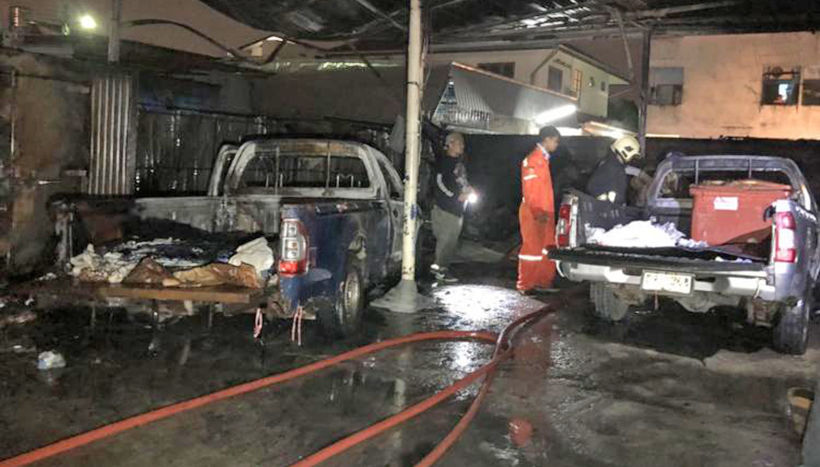 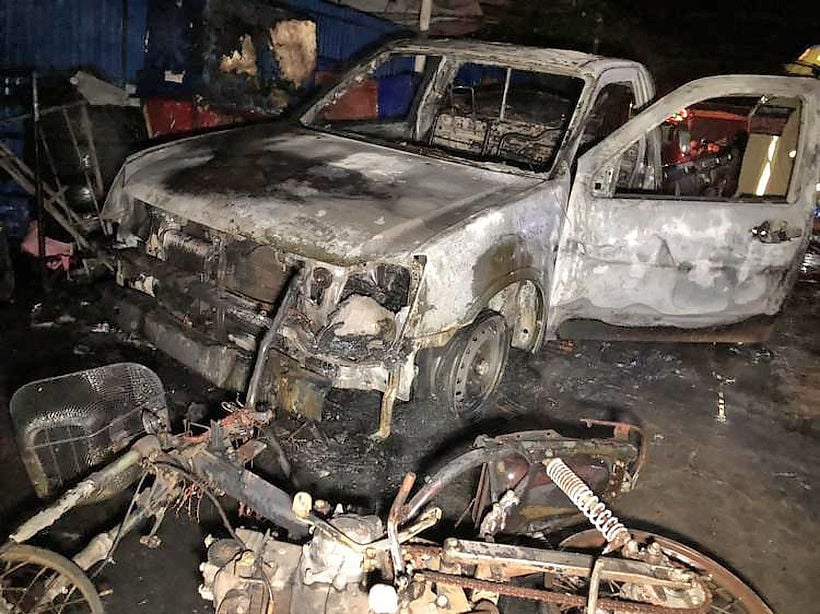 PM vows to “spare no one” in fatal casino shooting