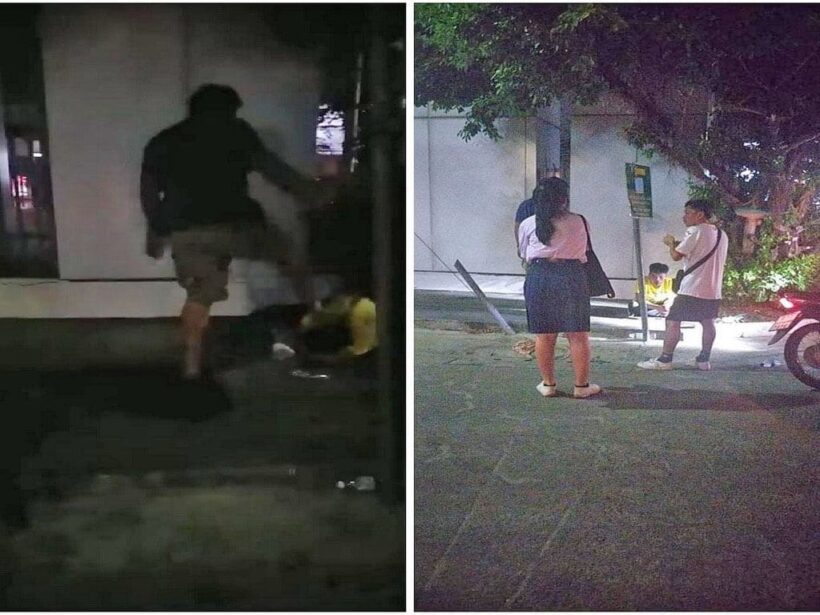 The father of a female student has hit and trampled a man after finding out he touched his daughter’s bottom while she was waiting for the father to pick her up in Ladprao, Bangkok last night.

A witness said that the girl waits for her father at a Soi not far from her house to pick her up every day after school.

A man who was standing nearby came closer to her and touched her on the bottom. She flipped around and asked him what he was doing. Then the man ran away. The girl called for help and a passing taxi motorbike followed the man.

The girl’s father arrived at the same time and approached the man, who was later identified as a migrant worker. The father assaulted the man repeatedly before calling police.