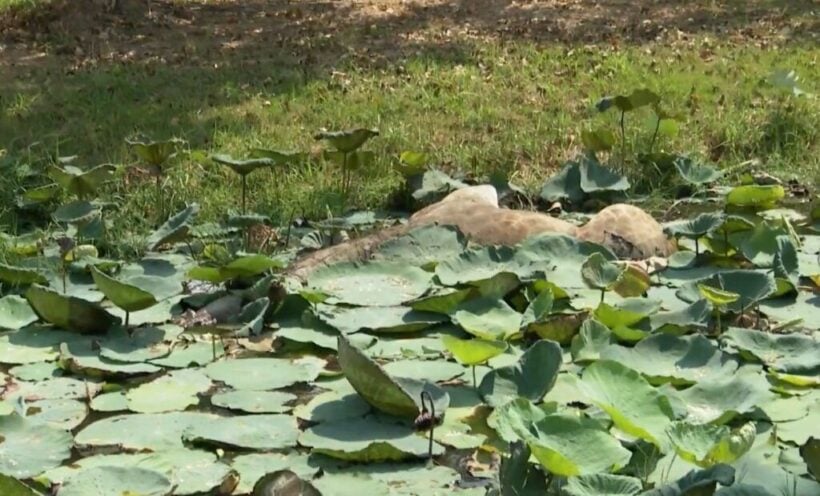 PHOTO: The runaway giraffe found dead in a pond Thursday in Chachoengsao - Khaosod

A 7 metre giraffe which escaped from a private zoo’s transport on Tuesday was found dead in a ditch today in the central province of Chachoengsao, about 50 kilometres east from Bangkok.

Animal control officials discovered the giraffe drowned in a lotus pond by Highway 304 this afternoon, ending a two day search.

The animal, along with a smaller giraffe, escaped from a truck taking them to a breeding centre run by Safari World in Prachinburi on Tuesday. The smaller one was recaptured the same day.

Safari World’s CEO says the two were part of a convoy of 28 trucks carrying 68 giraffes that had been flown in from Africa.

There are currently fewer than 100,000 giraffes in the wild, according to the Convention on International Trade in Endangered Species’ UN convention in August.