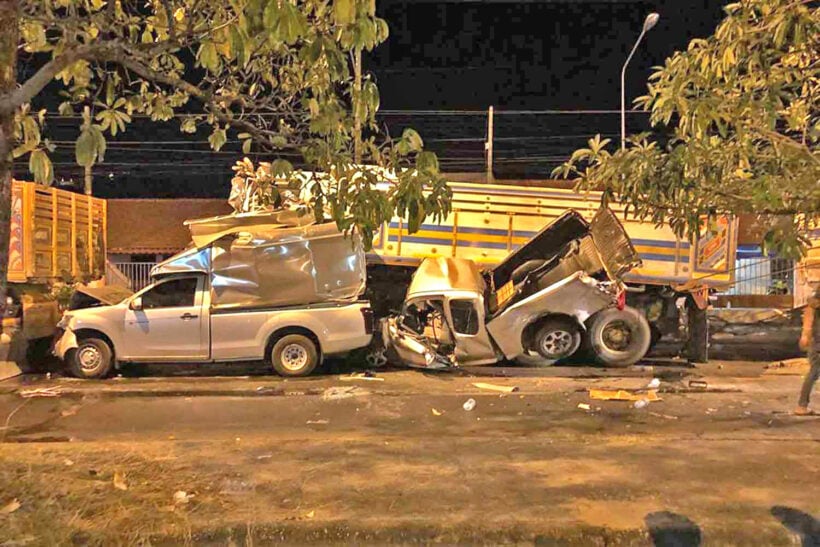 One man is dead and another seriously injured after an eight vehicle pileup last night at a traffic light on a major highway in central Thailand. The crash involved four transfer trucks, two pickups and two cars in Prachin Buri City.

One victim said she was slowing down to stop at a red light when an 18 wheel trailer truck crashed into the rear of her car. Her car was then pushed forward into a 10 wheel truck, which in turn crushed a pickup truck against a truck in front of it.

The crashes continued “like dominos,” she told the Bangkok Post. Montri Nootcharoen, the 43 year old driver of the pickup truck, along with his father-in-law, were severely injured. Montri later died in hospital.
Police are investigating the cause of the crash, but suspect faulty brakes on the 18 wheeler.