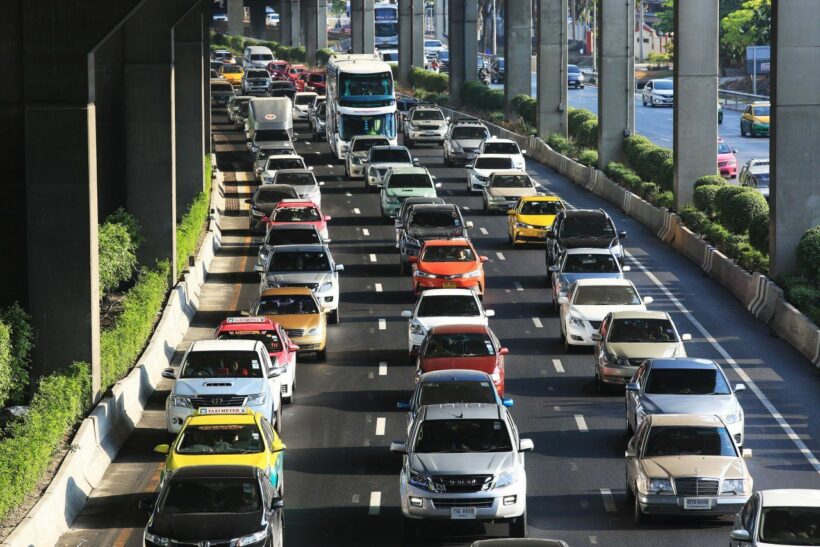 Hundreds of thousands of Bangkok residents have already started heading out of the capital, headed to various Thai provinces to welcome in 2020 in the company of friends and family. The long weekends starts from tonight with many Thais being granted a public holiday on Monday, in addition to the Tuesday and Wednesday public holidays. It seems many also took today off to make it a mega long weekend.

Thai PBS World reports that the police are monitoring the highways out of the city, to make sure traffic continues to move smoothly, with CCTV units along all major routes having been checked over to ensure they’re working properly, and road works suspended until after the holiday period.

It’s understood that the Ratchaprasong intersection, in the Pathum Wan district of Bangkok, will be closed to traffic from 2pm on December 31, in order to allow police to carry out security checks ahead of the New Year countdown being held in the busy shopping area later that night.

A number of extra buses are being laid on until December 28, taking the total of state-run buses from 5,419 a day to over 8,200 in an effort to cope with what is expected to be around 160,000 travellers a day over the year-end period.

Transport officials recommend passengers arrive at bus terminals at least an hour before departure, adding that tickets should only be purchased from official ticket booths, to avoid being scammed by con artists selling fraudulent tickets. Alternatively, passengers can book in advance by going to www.tansport.co.th or calling 1490.

Central “deeply appalled” by Nazi pics at their Christmas display