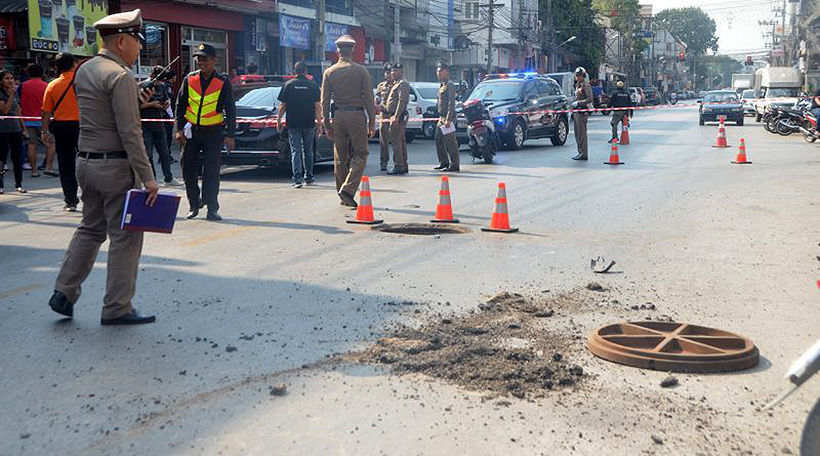 A manhole cover has exploded in the northern province of Lampang, seriously injuring a 22 year old delivery woman, who was knocked unconscious. Thai Residents reports that the incident took place in Lampang city yesterday afternoon as the woman, “Nun”, was going to collect a customer’s order.

CCTV shows the manhole cover exploding as the delivery woman drove by on her scooter, which was sent flying into the air by the force of the impact. The woman fell into the road, where she was hit by another bike that had been driving behind her.

A team of rescue workers arrived to find the injured woman lying unconscious in the road, with an open wound on her chin. The manhole cover, weighing about 100 kilograms, was lying beside her.

The city’s Deputy Mayor says the manhole cover is owned by a private company and was covering a network of underground communication cables. The police are interviewing witnesses and have launched an investigation into the cause of the explosion.