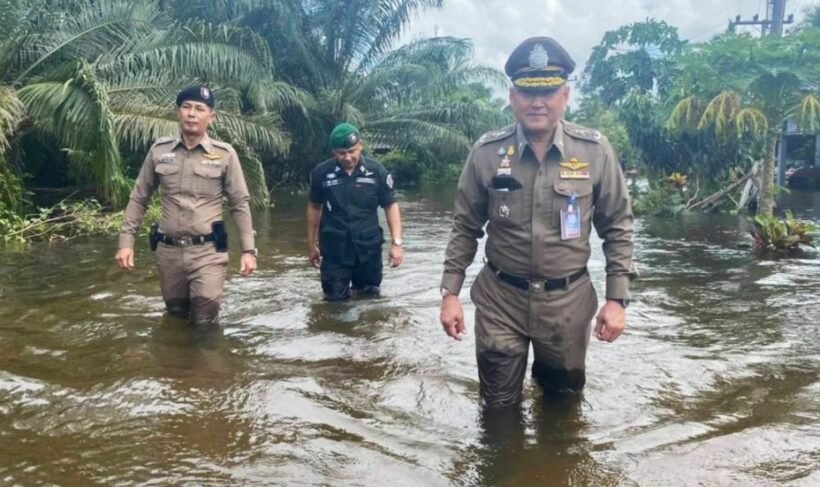 At least 24 people have died due to flash floods in Southern Thailand following several days of heavy rain. 19 of the victims were in Nakhon Si Thammarat which was hit the hardest.

Today, the Department of Disaster Prevention and Mitigation reported 3 deaths from flooding in the southern region. A woman drowned in Surat Thani’s Phrasaeng district and 2 women drowned in Songkhla’s Sathing Phra district.

PM Prayut Chan-o-cha is visiting Nakhon Si Thammarat today. Reports say that heavy rains in the province flooded more than 555,000 homes. Some say it was the worst flood in years.

More rain is expected in Southern Thailand with isolated thunderstorms in lower provinces like Pattani, Yala and Narathiwat.

PM in visit to flood-hit south, as death toll rises to 24 – VIDEO