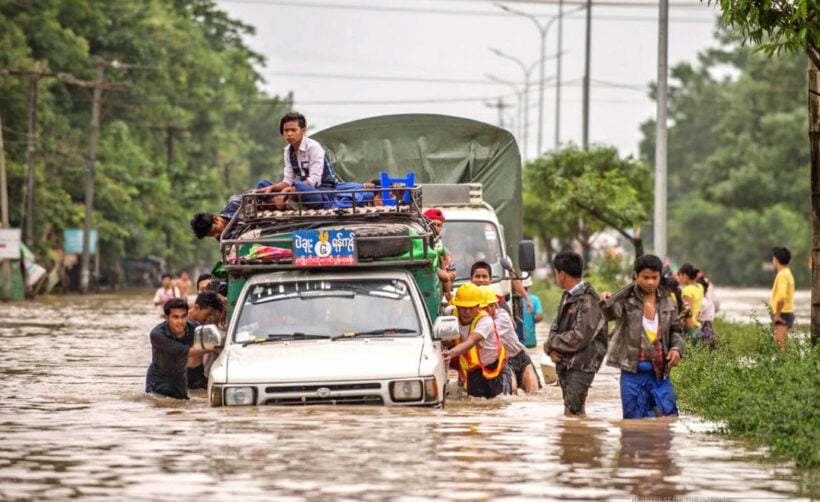 Burmese troops have been deployed to flood-hit parts of Myanmar to help with relief efforts after rising flood waters have left thousands stranded, mostly in the southern parts of the country. The death toll from the landslide has jumped to 51.

This year’s monsoonal floods have tested the government’s ability to respond after a the fatal landslides on Friday in southeastern Mon state. That was then followed up with deluges that submerged houses, displacing thousands.

Heavy rains pounded other parts of Mon, Karen and Kachin states, flooding roads, destroying bridges and forcing families to flee by boat. Pictures from the region show residents swimming away or bundling their possessions onto small boats and rowing to higher ground.

Floodwaters have submerged more than 4,000 houses in the state and displaced more than 25,000 residents who have sought shelter in monasteries and pagodas, according to state-owned Global New Light of Myanmar.

Around 89,000 people have been displaced by floods in recent weeks, although many have since been able to return home, according to the UN’s Office for the Coordination of Humanitarian Affairs. Floods and landslides in southern Myanmar – at least 41 dead