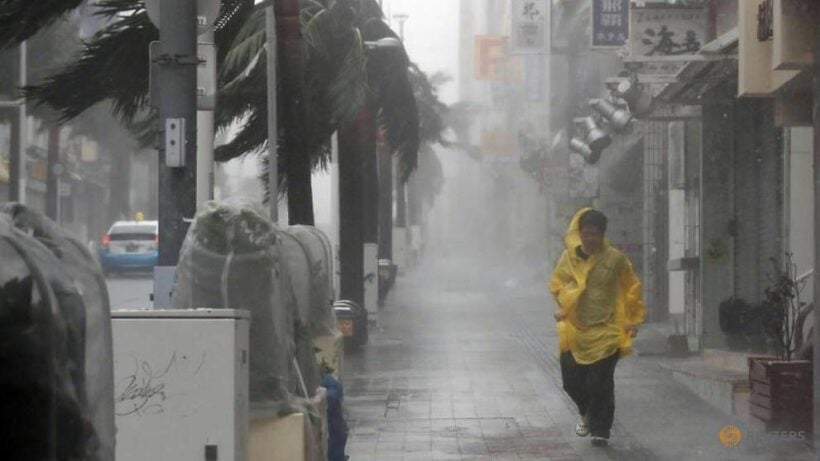 “Authorities said more than 2,000 people had taken refuge in shelters opened to accommodate those complying with the evacuation advisories.”

A powerful typhoon that battered Tokyo overnight with ferocious winds and driving rain caused is causing commuter this morning, with trains halted and more than 100 flights cancelled.

Typhoon Faxai, packing winds of up to 216 kilometres per hour, made landfall in Chiba just east of Tokyo before dawn, after barrelling through Tokyo Bay.

The transport disruptions unleashed by the storm came less than two weeks before the start of the Rugby World Cup, and delayed the arrival of the Australian team – a reminder that Japan’s typhoon season could present challenges for organisers.

Forecasters had warned of potential record wind speeds for a typhoon in the region, and non-mandatory evacuation orders were still in place at 8am for nearly 340,000 people. More than 30 people were injured in the storm, the Kyodo news agency said, including a woman who sustained serious injuries after pillars at a golf range were toppled by high winds and hit a house.

And on Sunday night, eight surfers were rescued after being swept out to sea in high waves off Shizuoka in central Japan. Authorities report two of the surfers were sent to hospital but none of those rescued were in serious condition.

The strong winds downed trees and power lines, with left 910,000 people without electricity in the Tokyo area this morning, NHK said. And at least 10 homes were damaged in Shizuoka, with windows shattered and cars flipped on their sides, local media reported.

Television footage showed a huge roof collapsing at a gasoline station in Tateyama, south of Tokyo, with pumps crushed underneath. Elsewhere, scaffolding was torn from buildings and protective sheeting hung to keep construction debris off the streets was crumpled and torn by the storm.

While the damage was relatively light given the wind speeds, it was enough to cause chaos in the capital’s notoriously busy morning commute.

The overland East Japan Railway train system was largely halted in the early hours of operation while tracks were checked for fallen trees and other debris from the storm.

The storm also caused delays and stoppages on subway lines, leading to massive crowds at some stations in the busy metropolitan area that is home to 36 million people. Bullet train services that were suspended during the storm were largely resumed, though some were operating on a reduced schedule. Some roads were blocked by downed trees.

At this stage (late Monday morning), the storm has moved back offshore and was headed northeast away from Japan, back into the Pacific.

The weather agency warned that landslides were still possible in Chiba as well as the northern Fukushima region as the storm headed away from land. 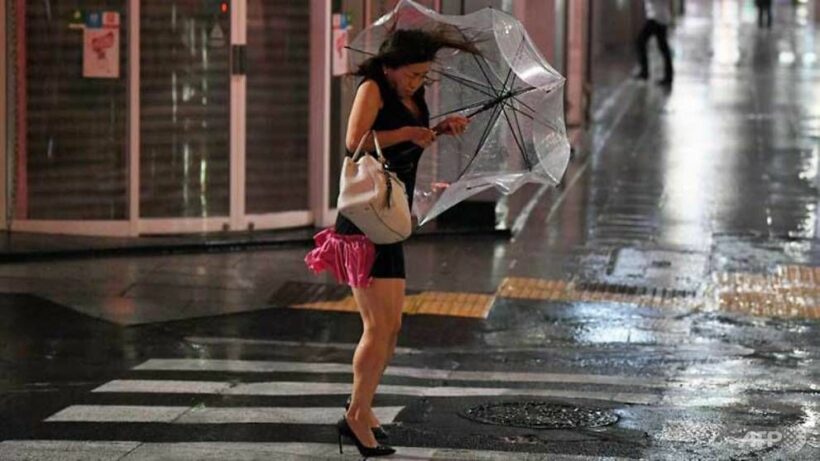