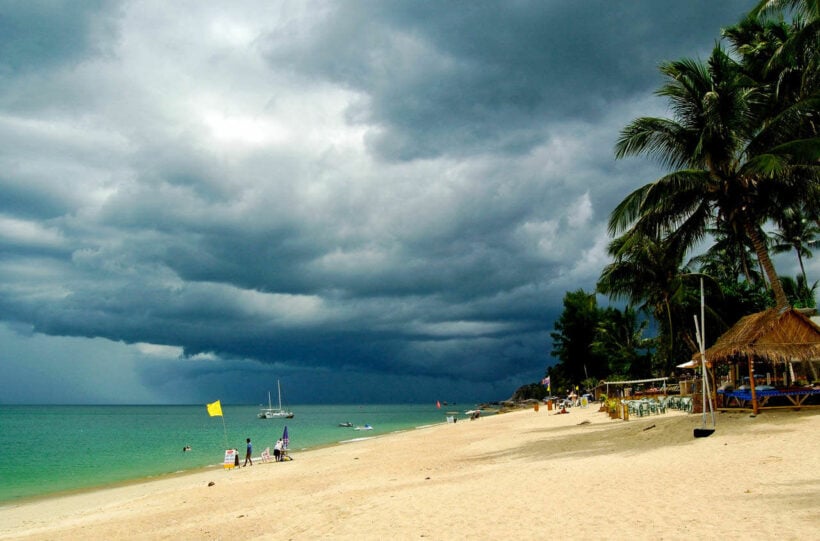 The Thailand Meteorological Department announced today that a “thermal low still covers upper Thailand and southerly and southeasterly winds are bringing humidity from the South China Sea to the Northeast, the East and the Central region”.

Chiang Mai is listed as the most polluted city in the world again today. Number One by a LONG shot today. Yesterday we reported firefighters trying to contain an out-of-control fire on a mountain slope near to the city. 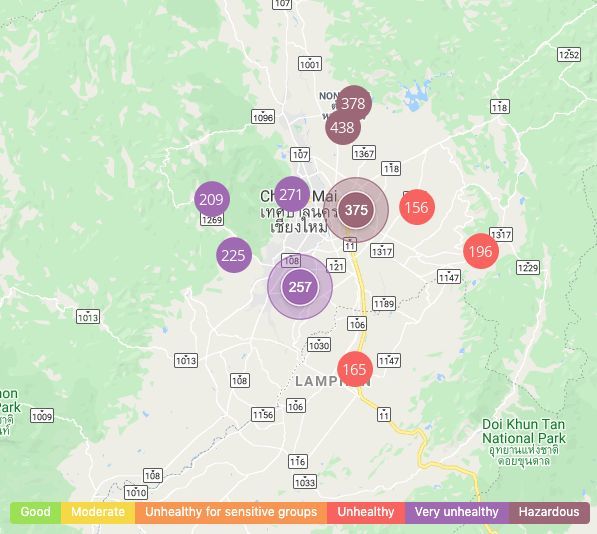 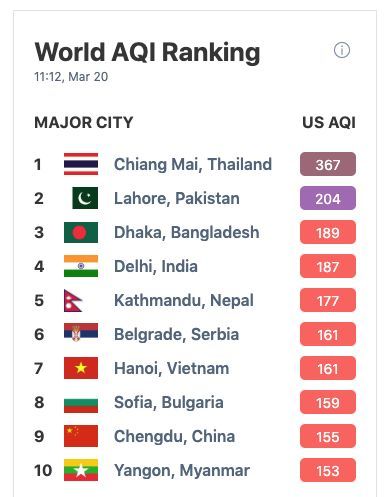 The South is receiving easterly winds across the Gulf of Thailand, and a westerly trough is set to blow into the North, according to the TMD.

In upper Thailand, hot conditions cover the region while summer storms are possible, with thundershowers, gusts and hail in some parts of the North and the Central regions including Bangkok and environs.

“People are advised to keep off unsecured buildings and outdoor installations. Farmers should beware of damage to crops.”

The weather forecast for the next 24 hours…

Northern region: Hot during the day, with thundershowers in 20% of the areas along with gusts and hail; temperature lows of 18-26℃ and highs of 37-39℃.

Bangkok and surrounding areas: Hot during the day with thundershowers in 20% of the areas along with gusts; temperature lows of 26-27℃, highs of 33-35.

Hot days for the North, possible thundershowers in the South

Hot to very hot in the North, possible thundershowers in the South