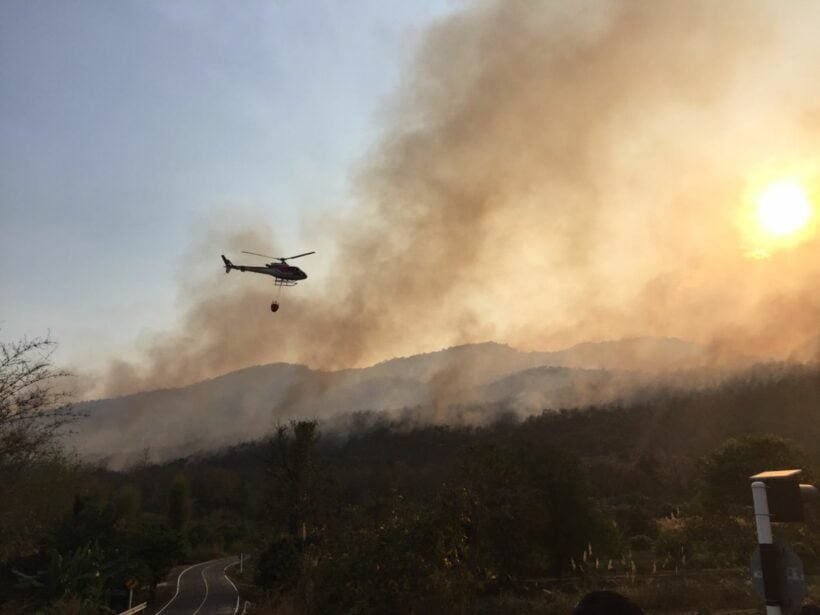 Yesterday some 200 firefighters were struggling on a Chiang Mai mountain slope to extinguish a forest fire that was pouring more hazardous PM2.5 smoke particles into the skies and, eventually, into the lungs of northern Thailand residents. And smoke from the forest and plantation fires, the vast majority deliberately lit, ends up in the capital when the winds are blowing in the right, or wrong, direction.

The Ministry of Natural Resources and Environment sent up a helicopter to get more information so they can attempt to track down smoke, extinguish fires and prosecute land owners. Another helicopter made a total of 30 passes to extinguish a large fire on a mountain slope, with the help of 10 water tankers. It still took five hours to bring the fire under control.

Much of northern Thailand has been roasting with temperatures of 39 or 40 most of this week. And there’s been no rain, or little to no rain for many months.

It is believed that this inferno began as a small fire set by a local person seeking out edible plants in the mountain. The PM2.5 air pollution levels in the North ranged from 37-189 micrograms per cubic metre on Wednesday, with 50 micro grams the safe limit recognised in Thailand.

Today they were higher with Chinag Mai, again, scoring a podium position as one the cities in the world with the worst air pollution. 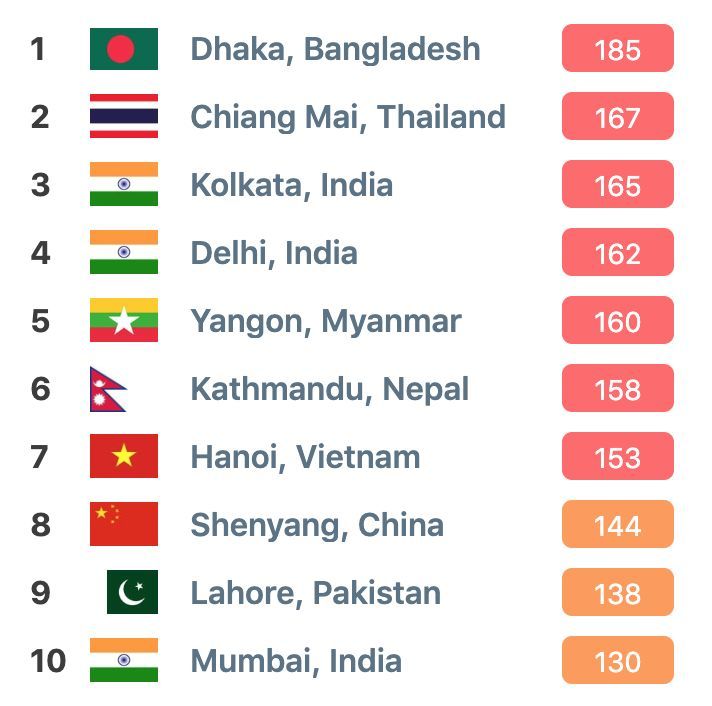 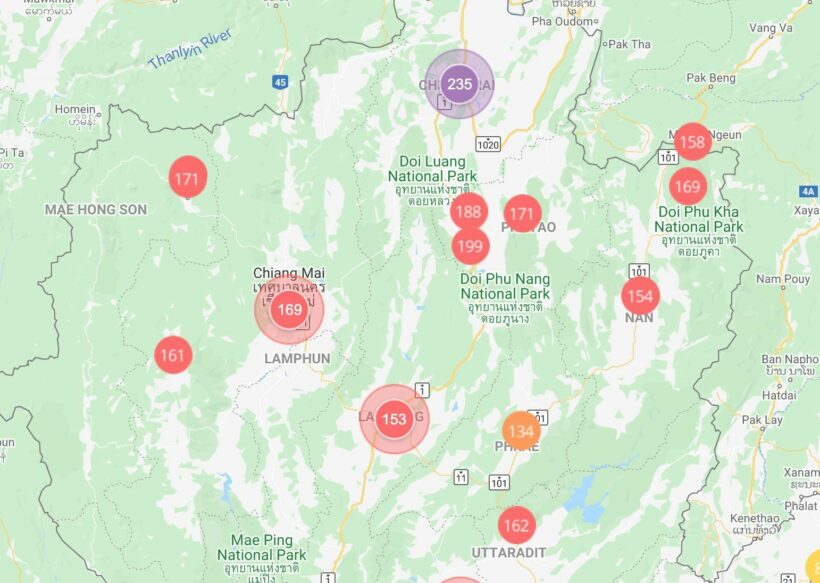 Chiang Mai orders lights out and fences up