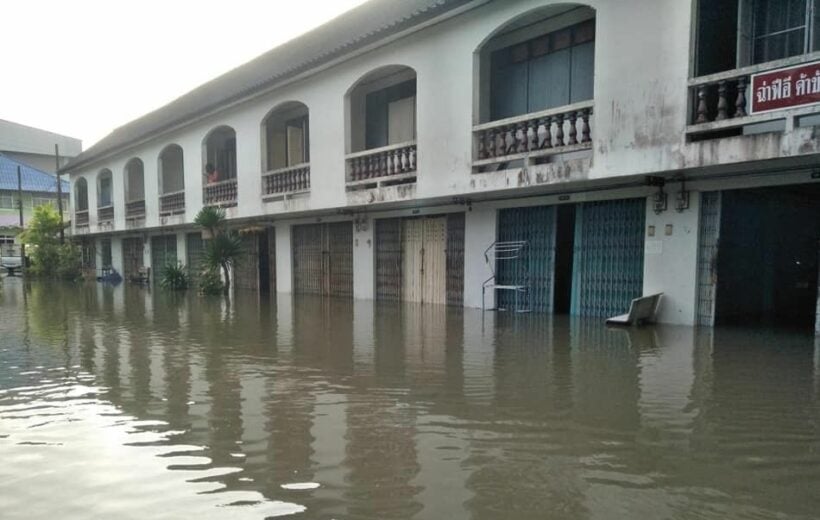 The governor of Nakhon Si Thammarat has put the disaster mitigation office on high alert, following 6 days of heavy rain in the southern province. Large swathes of land are underwater after extensive flooding that has affected tens of thousands of people in the region. The Bangkok Post reports that governor Kraisorn Wisitwong says floods have been recorded in 351 villages in 15 districts, with over 290,000 rai of farmland underwater and nearly 48,000 people affected.

Nakhon Si Thammarat airport is open, but the flooding has had a severe impact on both road and rail travel, including on roads leading to the airport. Travellers are being advised t0 allow plenty of time for the journey.

Yesterday, severe flooding along a 1-kilometre stretch of the road from Nakhon Si Thammarat to Tung Song saw it submerged under 70 – 100 centimetres of rainwater, with cars and other vehicles unable to use it. The main road in the city of Nakhon Si Thammarat, the Pattanakarn-Khu Khwang road, was also flooded for a 2-kilometre stretch. There were flash floods further south too, in Phatthalung province, caused by water run-off from the Bantad mountains.

Train travel in the south has been impacted, with floods forcing the cancellation of several services. The State Railway of Thailand says 12 services were either cancelled or suspended yesterday. 4 express services between Hat Yai and the border town of Sungai Kolok were cancelled, while a number of trains between Trang and Nakhon Si Thammarat terminated early at Thung Song station, due to sections of the track being flooded further on. Buses were brought in to ferry passengers to their final destination.