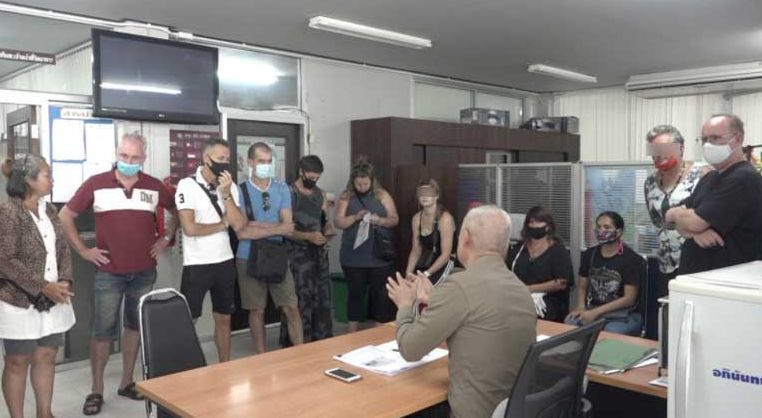 A Thai woman in Koh Samui allegedly ripped off at least 8 foreigners by offering visa extension services and taking off with the money. A group of foreigners reported the scam to officers at the Bo Phut police station, saying they placed deposits ranging from 10,000 baht to even 100,000 baht, but the services were never fulfilled.

A man posted a video on Facebook warning people about the alleged scam and saying he believes the woman stole around 10 million baht. A Thai TV news report shows a J&R Accounting business card for “Joy” which advertises accounting and work permit services.

“Be careful with your visa… There are a lot of people that just want your money and they don’t give the service.”

Apparently, some of the foreigners paid a deposit 6 months ago. They say Joy kept reassuring them that their applications processing. Now that visa amnesty is up, the foreigners worry about potential problems with immigration, Thai media reports.

Police told Thai media that this isn’t the first time they’ve heard of Joy. They issued a summons for her in the past. If she does not respond to the second summons, the police may go to court and request a warrant for her arrest.

A little over a week ago, at the neighbouring island Koh Pha Ngan, a language school allegedly ripped off more than 100 foreigners, claiming they were able to issue them with a 1 year education visa.