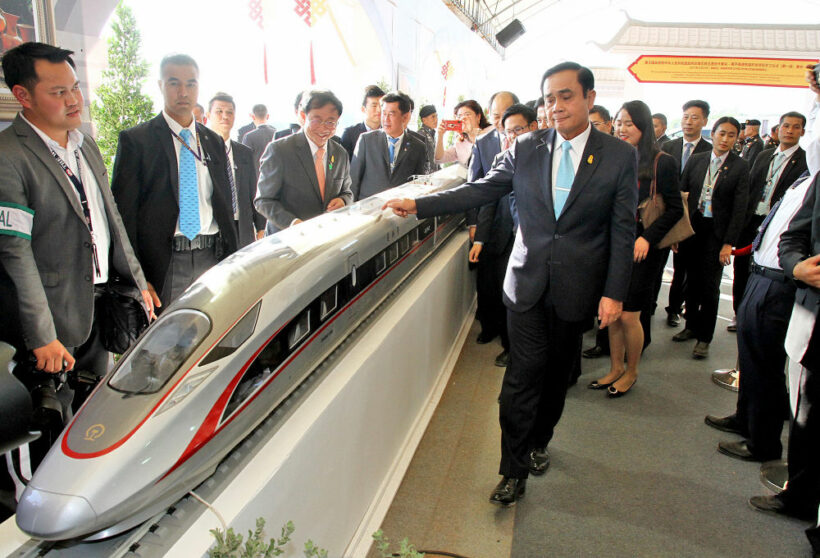 One of the delayed Thai high-speed rail projects is now closer to being inked by the State Railway of Thailand  and CP Holding’s joint venture, once an agreement on some key details of the public-private partnership project are reached.

The two sides will discuss SRT’s handing over of land to the CP joint venture for the project’s construction. He said that after the Cabinet approved the concession in May, the two sides discussed details of the PPP project to ensure the government does not lose huge sums like it did with unfinished ventures like the Hopewell project (Skytrain route from the city to Don Muang).
The two sides have agreed in principle that construction will begin as soon as SRT issues a notice to proceed.
The notice will be issued when the SRT is ready to hand land over to the private partner in the PPP and CP Holdings agrees to proceed with the construction, he said, adding that the timeframe for completion is five years.

The SRT will  hand over 4,421 rai for the rail project within two years on the condition that it can complete the expropriation of 850 rai.

The cost of the high-speed rail project connecting Bangkok’s Suvarnabhumi and Don Mueang international airports with U-Tapao in Rayong is 224.5 billion baht. The CP venture is seeking 117.2 billion baht in state support. 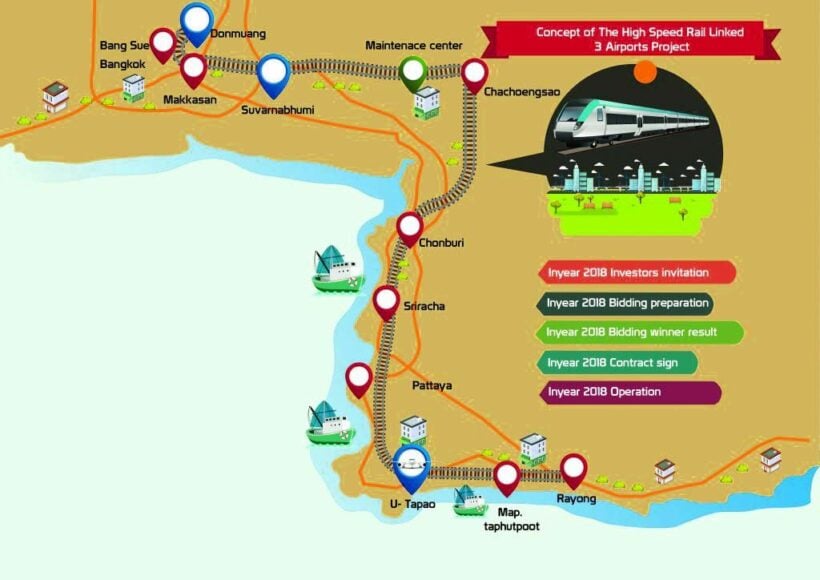