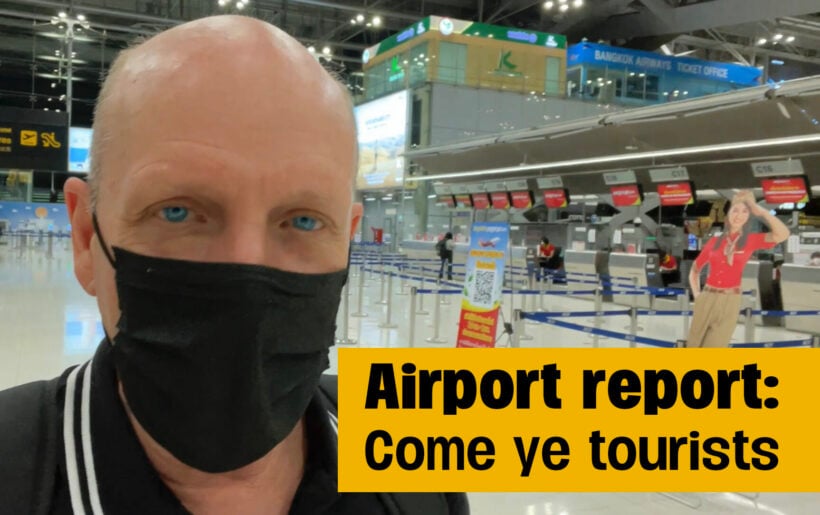 Tim does his weekly jaunt to Phuket from BKK. Thailand is ‘open’ again with almost-quarantine-free travel to fully vaccinated travellers. But the government’s promised surge of tourists has had a slow start. Plenty of articles about the Thailand Pass – search ‘The Thaiger Thailand Pass’ for numerous articles and links if you want to return to Thailand at this time. Here’s a few of them…

A government video about how to apply…

Pattaya sees no tourism boost so far, looks ahead to events