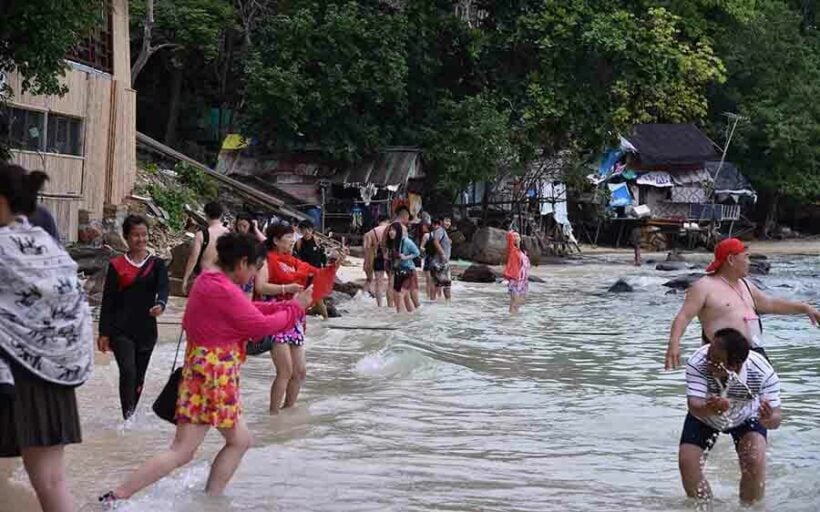 The Association of Thai Travel Agents says the ongoing reporting of over 2,000 new Covid-19 infections every day means there will be no Chinese visitors coming for a while. ATTA president Sisdivachr Cheewarattanaporn points out that China has imposed tough restrictions on their citizens leaving the country, including mandatory quarantine on their return.

“We can assume the Chinese government will prioritise safety, extending a 21-day quarantine for those returning to China from overseas.”

The Bangkok Post reports that in the southern city of Guangzhou, strict travel restrictions are in place to prevent the spread of the highly-contagious Delta variant (originally known as the Indian variant). Sisdivachr says the ongoing outbreak in Thailand means there’s little hope of luring Chinese travellers to the Kingdom during October’s Golden Week, a significant week-long holiday period in China.

According to the Bangkok Post report, Sisdivachr says not even Phuket’s proposed quarantine-free sandbox scheme will attract vaccinated Chinese tourists, due to the fact that they will then be obliged to quarantine on their return home. He adds that the same applies to most Asian countries, whose citizens are unlikely to travel internationally until the last quarter of the year, at the earliest.

“However, it is necessary to test the re-opening scheme in Phuket because tourism operators are in dire need of such a mechanism. It might not produce a fruitful outcome in the early stages, but at least we can try to survive.”

Meanwhile, Sisdivachr believes future travel bubble arrangements could be affected by how vaccine diplomacy plays out between the US and China, as both countries vie for dominance in Southeast Asia. He says how Thailand responds could affect international relationships and travel policies.

“Everything is about politics, including vaccines and tourism.”

In other news, Sisdivachr says ATTA plans to propose a couple of measures to Tourism Minister, Phiphat Ratchakitprakarn, aimed at cushioning the sector from future crises. He says a fund needs to be put in place that will save tourism operators from having to shut down should similar emergency situations arise in future.

ATTA is calling on the government to set up a 10-billion-baht fund that will provide loans to tourism businesses. Once the sector recovers, operators would repay the loans with interest, meaning the fund could continue to grow without government support.