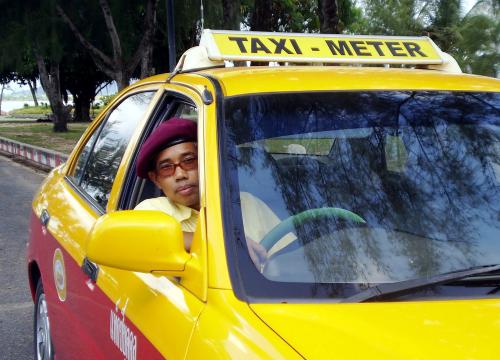 FILE PHOTO: Taxi drivers are urged to be honest, safe, and professional to give tourists a good impression of Phuket.

Authorities are urging the taxi drivers of Phuket, along with other transportation providers, to be more professional as Thailand’s full reopening launches in 3 days. Ahead of the November 1 reopening to international tourism, a meeting at Phuket city hall yesterday included plans to hold taxi drivers to certain standards in order to make Thailand more welcoming.

The Permanent Secretary of Phuket, Toll Plaza Deputy Commander of Phuket Provincial Police, and the Phuket Provincial Attorney corroborated to outline a plan set rules to make taxi drivers stick to. The plan covered transparent rates that are reasonable and fair and determined by provincial standards that are charged uniformly to all passengers.

Safety was also highlighted in the scheme with authorities are urging taxi drivers, bus drivers, and other public vehicle drivers to follow road safety rules and regulations, and drive safely. It also called on taxi drivers to behave professionally, dressed in a smart and presentable way, and have all taxis clearly marked in the province.

Standards call for all taxi drivers to possess a valid license matching the type of vehicle that they operate as well as show proof that they are fully vaccinated against Covid-19, in order to maintain safety throughout Phuket. Drivers were also encouraged to join ride-hailing apps and offer them for their customers’ convenience.

Last but not least, the plan outlined by Phuket authorities called on taxi and public transportation drivers to be polite and friendly at all times. They are reminded that they represent Phuket and can make or break a positive impression of the province as a welcoming travel destination to travellers from around the world. As such, they are encouraged to provide the best service and assistance possible to act as a public relations liaison to arriving travellers and tourists on the island.

Back in July, Phuket taxi drivers were criticised over the notoriously high fares, particularly relating to those entering under the island’s “Sandbox” pilot reopening programme. Following the criticism, the Phuket Tourist Police announced the maximum taxi fares from the Phuket International Airport to popular destinations on the island province. (Maximum fares listed below.) 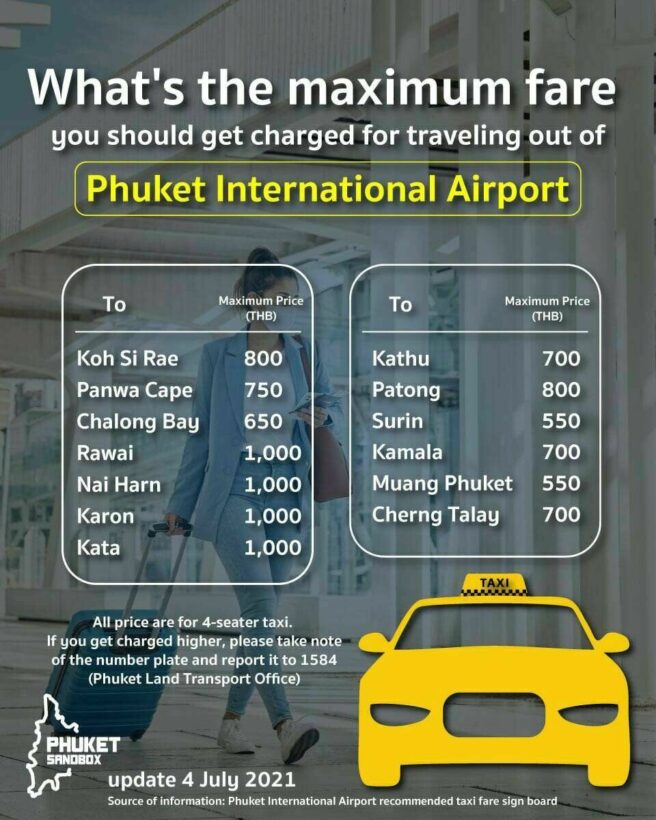 Brownie
28 minutes ago, atiger said: Why would you take a mafia driven taxi who likes you rip off tourists when you can take the airport bus for 40 baht Because we are all "wealthy" tourists on this forum and don't…
Jason
For those of us who are/will be returning to Phuket, it's been almost 2 years (it will be, by the time I get there). The last airport to hotel fare I was charged was 800 Baht from Patong to the…

Lowseasonlover
19 hours ago, atiger said: Why would you take a mafia driven taxi who likes you rip off tourists when you can take the airport bus for 40 baht The one in Phuket started again? It got popular before covid,…
Jason
If you're getting around Phuket, motorbike is the way to go. Get the Taxi (and don't be surprised if it has to be and SHA+ approved taxi, organised by your Hotel). You should only need it to get to and…

Lowseasonlover
Phuket Smart bus rolls again PHUKET: The Phuket Smart Bus will resume its service on Monday (Nov 1) catering to the need of both domestic and international tourists. https://www.thephuketnews.com/phuket-smart-bus-rolls-again-81882.php