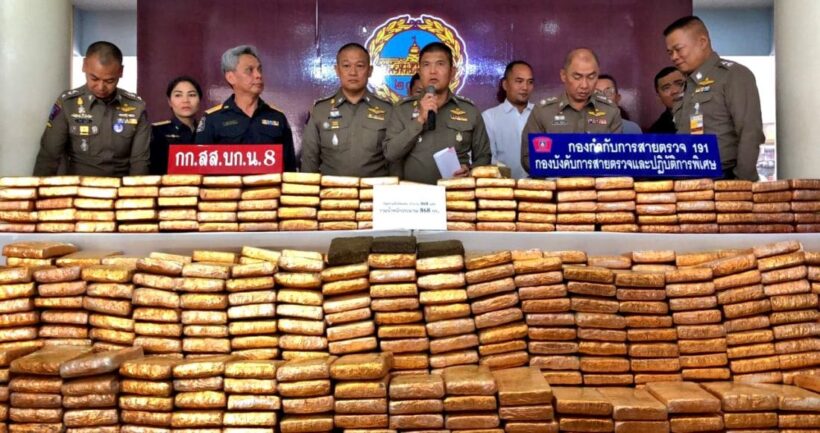 Three men have been arrested with a whopping 868 kilograms of marijuana hidden in two houses in Samut Prakan, south-east of Bangkok.

Police held a media conference to announce the arrest of two 33 year olds, Somporn Kimya and Supachai Neesungnone along with an 18 year old Thawatchai (surname withheld).

Police conducted an investigation after the seizure of a drug shipment late last year and learned that a large amount of marijuana was being kept at a house in Ban Keha Samut Prakan housing estate in Muang district.

Police checked the house on Tuesday and found 640kg of marijuana. Police arrested Somporn and Supachai at the house. Then with information from the two suspects, police said they arrested Thawatchai at another house in the same district which led to the seizure of another 228kg of marijuana from a third house.

The three reportedly told police they smuggled the drugs from Laos to sell in Samut Prakan for 10,000 baht per kilogram.